Neetu Kapoor and Rishi Kapoor have been in New York, USA, since the last 6 months for Rishi’s treatment. The disease Rishi suffers from has not been revealed yet but it seems pretty serious to us. Neetu Kapoor recently posted a picture on Instagram from the streets of New York where she is seen posing with her in-laws. The picture includes Rishi Kapoor, Neetu Kapoor, Rima Jain and two other family members. 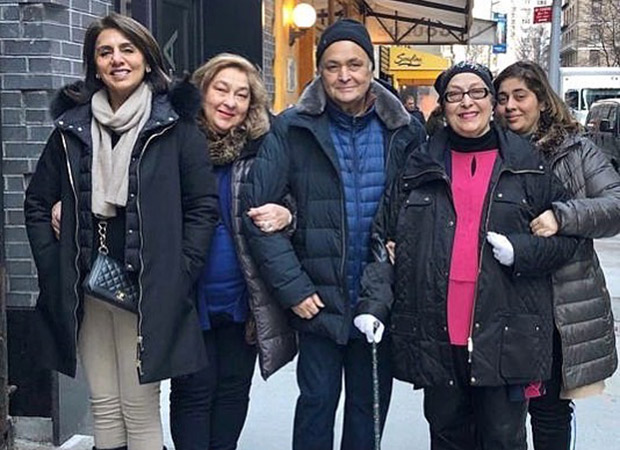 Neetu has hinted towards their return to India in the caption of the picture. Rishi and Neetu were accompanied by Rishi’s sister, Rima Jain and now, she is on her way back to India. Neetu subtly hinted that they might also return to India after 6 long months of his treatment. This is what Neetu’s caption read, “One of the Quintet leaves !! Will miss you @rimosky ???? will soon be on the same flight back ???????? (sic)”

We, at Bollywood Hungama, wish Rishi Kapoor a speedy recovery!