Amongst many actresses, Sonali Bendre has remained to be one of the biggest divas of Bollywood and she continues to be one! After battling it with cancer, the actress has shed all her inhibitions and opted for this amazing photoshoot and looks as beautiful as ever. She did a special photoshoot with Vogue India in a rather stylish formal outfit. 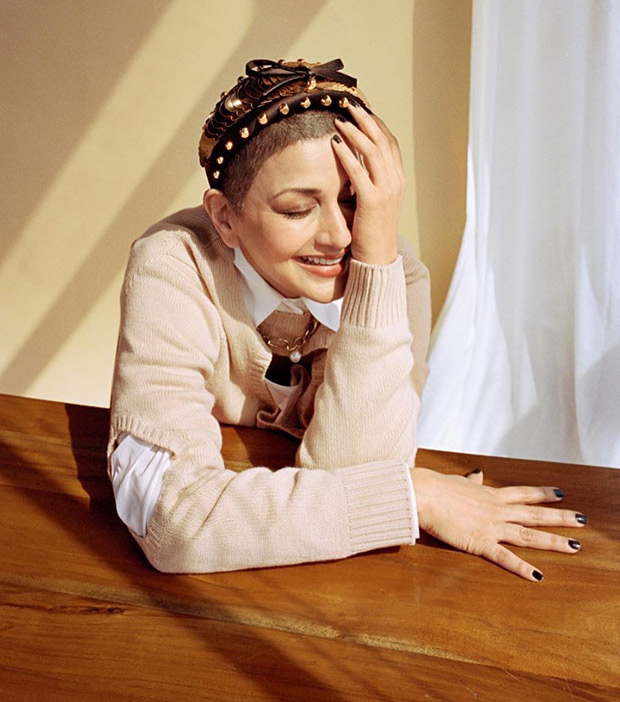 Sonali Bendre has been setting inspiration goals for all across the world. While she has never shied away from speaking about her long battle with the ailment, the actress even in her latest photoshoot sends across a message to all her fans. She did this photoshoot for the popular magazine Vogue and whilst speaking to the magazine, she also spoke about how she decided to shed using a cap, scarf etc. to cover her head.

Sonali Bendre had chopped off her locks when she had taken to social media to share about being diagnosed with cancer. The actress underwent treatment for cancer in the U.S and was constantly supported by her family including her husband Goldie Behl. While the actress generally made use of a cap or scarf while posting pictures on social media, she explained about her latest photoshoot in the magazine stating that she doesn’t require them anymore and is more confident to share pictures devoid of them. Here’s a sneak peek into the post by Vogue India:

“I’m okay with it now… I don’t even miss it,” says Sonali Bendre Behl (@iamsonalibendre) as she runs her hand neck upwards. “Yet it [my hair] was the be-all, end-all of my life. It was this stupid thing that I was hanging on to,” she shares. “My instinct was to wear a cap, a scarf or a wig—but these things are so ugly. I knew that if I had to accept it [going bald], I had to put a picture out there. Because once you share it on social media, you can feel the release.” Head to the link in our bio to read how she emerged stronger with a little help from family, friends and fans. Styled by: Anaita Shroff Adajania (@anaitashroffadajania) Photographed by: R Burman (@ridburman)