Last Updated 04.12.2022 | 8:58 PM IST
feedback language
follow us on
Bollywood Hungama » News » Bollywood Features News » How much would have Bhuj: The Pride Of India earned at the box office? Trade gives its verdict

Last year and earlier this year, we came up with multiple articles wherein we asked trade experts how much the digital films would have earned at the box office had there been no lockdown and had these films been released in cinemas. After a tremendous response to each of our stories, we are now back with a similar exercise. 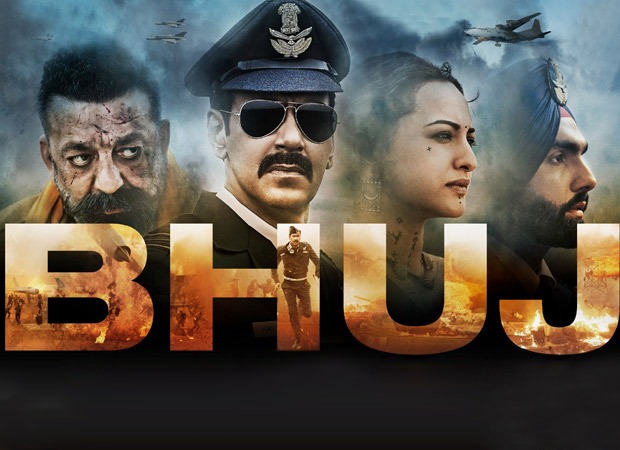 How much would have Bhuj: The Pride Of India earned at the box office? Trade gives its verdict

This time, we speak about Bhuj: The Pride Of India. Starring Ajay Devgn, Sanjay Dutt, Sonakshi Sinha, Nora Fatehi, Sharad Kelkar and Ammy Virk, it told a fascinating true incident that took place in the 1971 India-Pakistan war. It was initially scheduled to release in cinemas on August 14, 2020. Due to the lockdown, it was released a year later, on August 13, 2 days before Independence Day, but on Disney+ Hotstar.

If Bhuj: The Pride Of India had released in cinemas, it would have opened well since it was a multi-starrer and also because it looked like a grand, action film. The patriotic flavour and Nora Fatehi’s song ‘Zaalima Coca Cola’ would have contributed to the hype and also the footfalls in the weekend. But the reports were not encouraging and hence, it would have seen a fall in the weekdays.

He further added, “I doubt this would have been a Rs. 100 crore film as single screens don’t generate that kind of revenue. Their ticket prices are not as much as that in a multiplex. The lifetime probably would have been in the range of Rs. 70-75 crore, or maybe Rs. 60-65 crore, depending on how people reacted to the film.”

Girish Johar, producer and film business analyst, opined, “It was supposed to release on Independence Day. There’s a good traction for these films on this day. Ajay Devgn, meanwhile, is a huge star and he was backed up by Sonakshi Sinha, Nora Fatehi, Sanjay Dutt, and even Ammy Virk. Had it been released theatrically on Independence Day and seen the word of mouth it got, I think it would be safe to say that it would have done at least Rs. 60-75 crore at the box office.”

He continued, “The reviews were below the par. But these commercial films with a flavour of patriotism do enjoy a good weekend at the box office. Later, the word of mouth does come into play. But it was a well mounted film for sure. It would have found patronage in the single screens. Ajay Devgn also has a fan following in cities as well as in mass interiors.”

However, he also adds that since a certain portion of Bhuj: The Pride Of India was completed post lockdown, the final product would have been a bit different had it been shot and completed in pre-pandemic times. He explained, “If the situation was normal, toh picture ki shooting achche se ho jaati. Planning and execution would have been better. But due to the lockdown related problems, everyone had to compromise a bit.”

Also Read: VFX in Bhuj: The Pride of India starring Ajay Devgn played key role to give the film authenticity