Suits and pantsuits are two different outfits. The first is something you've seen a lot of in Bollywood. From Deepika Padukone to Priyanka Chopra, celebrities have all worn suits, whether in a vivid colour or without a shirt inside. However, there are also suits. Of course, you've seen men like Siddharth Malhotra and Ranbir Kapoor donning suits on the red carpet, but female Bollywood stars don't tend to like them as much, because they are more difficult to wear than a pantsuit. But occasionally a star appears who defies norms and wears an androgynous outfit. Mrunal Thakur accepted the challenge. 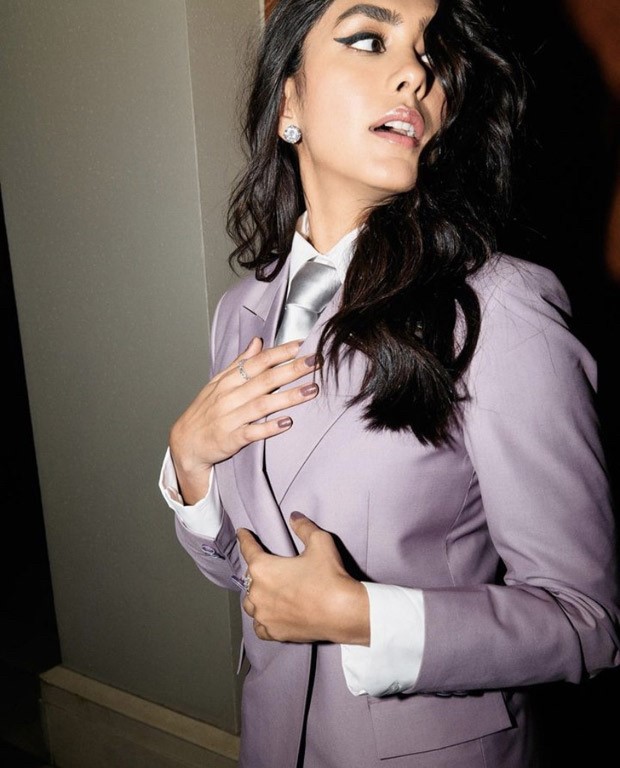 A state of being that is neither clearly feminine nor masculine is referred to as androgyny. The contented in-between overcomes all societally imposed limitations. Actor Mrunal Thakur has made a compelling case for wearing androgynous dressing. Thakur has always pushed the limits of fashion, known for her casual yet daring style. Once more, she has succeeded in giving clothes that do not adhere to genders a whimsical edge. Back then, Mrunal dressed to impress in a formal outfit and demonstrated how it's done. She chose a formal attire for the photos since it made her seem just as beautiful. She dressed appropriately, sporting a white shirt, a silver tie, and a purple blazer. She matched her outfit with a pair of dressy lavender pants. 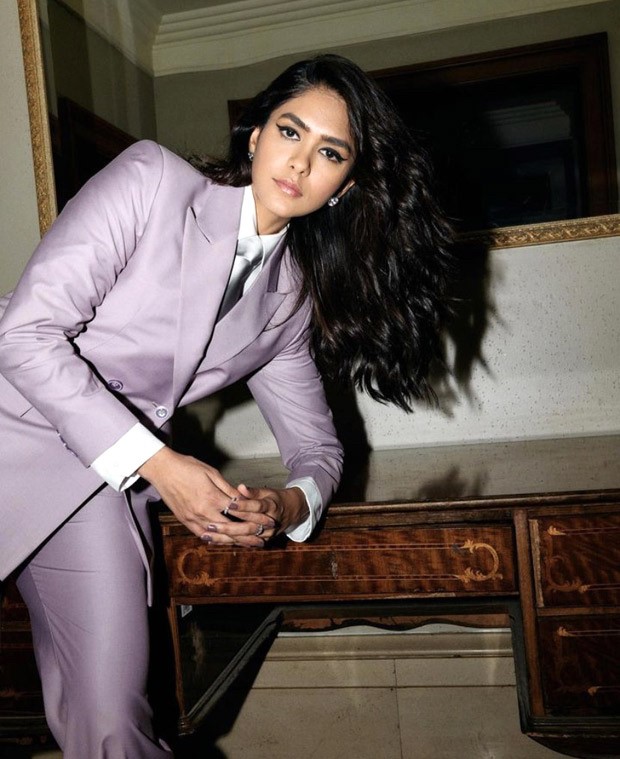 Mrunal looked stylish in the outfit, and she gave it even more oomph with a pair of white pumps from Charles Keith's racks. Mrunal finished her ensemble with a pair of white ear earrings from Karishma Joolry. She kept her hair open in flowing curls with a side part and continued to look stunning. Her glam options included a shade of nude lipstick, nude eyeshadow, black winged eyeliner, black kohl, mascara-coated eyelashes, drawn eyebrows, and contoured cheekbones. 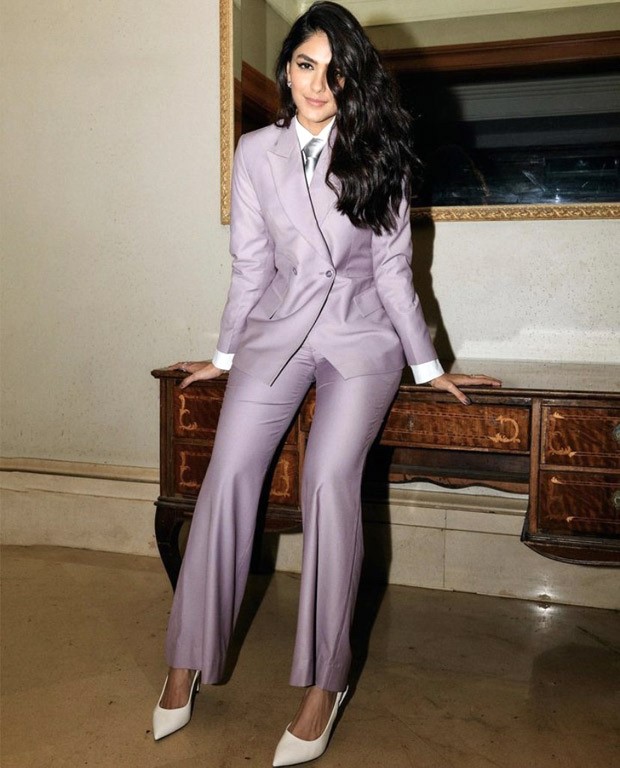 Meanwhile, on the work front, Mrunal is currently basking in the success of Sita Ramam, which marked her Telugu debut alongside Dulquar Salmaan. Mrunal will be next seen in Pippa with Ishaan Khattar, Gumnaam opposite Aditya Roy Kapoor and she also has Pooja Meri Jaan in her kitty. She also has Lust Stories 2 in pipeline.