Last Updated 29.01.2023 | 5:59 PM IST
feedback language
follow us on
Bollywood Hungama » News » Bollywood Features News » Ranbir Kapoor says he is proud that a film like RRR is making an impact in Hollywood

Bollywood Ranbir Kapoor stepped out for the first international event after becoming a father. The actor attended the ongoing Red Sea International Film Festival in Saudi Arabia. During a conversation, he spoke at length about the films not working in India post-COVID-19 and his film Shamshera becoming a big disaster. He also spoke about how SS Rajamouli’s RRR is making waves in the West amid winning awards and Oscars 2023 buzz. 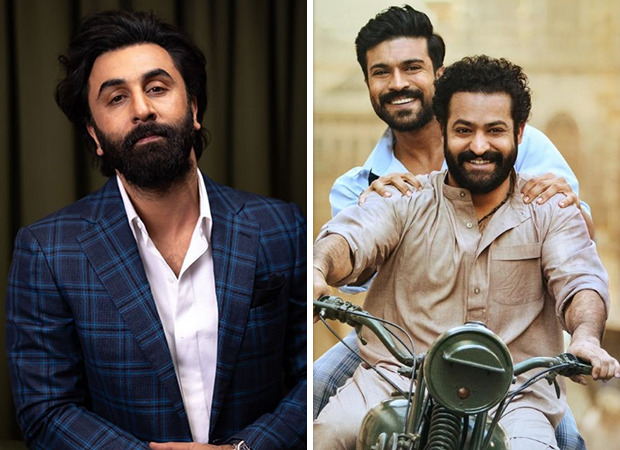 Speaking to Deadline, the actor said, “They’re doing really good storytelling,” while talking about South Indian cinema doing well in terms of box office. He added, “It’s not taking itself too seriously. It’s got all the songs, dances, action, friendship, and comedy. So it’s a multi-genre film, but those are hard films to make because we try to make them, and they keep failing. So we’re really proud that a film like RRR is making an impact in Hollywood.”

On the work front, Ranbir Kapoor will next star in Luv Ranjan’s untitled next with Shraddha Kapoor. The film is scheduled for Holi 2023 release. He also has Sandeep Reddy Vanga’s Animal in 2023 as well.