Money Heist fame Spanish actress Esther Acebo is drawing attention on social media all because the background of one of her videos showed a painting of the Lord Ganesha, the Hindu God of wisdom, luck and prosperity. 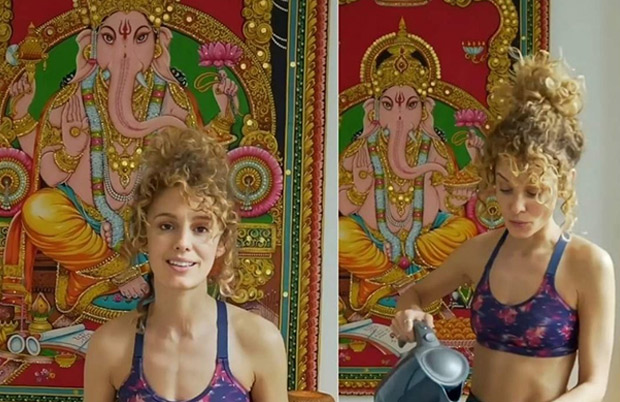 On Wednesday, many social media users shared screenshots of a video that had Esther talking about her spiritual side. Social media platforms, especially Twitter, went abuzz as netizens spotted Lord Ganesha’s picture at Esther’s residence.

Sharing the screen grab of the live session, one user wrote, “Proud moment for India. Spanish actress EstherAcebo who shot to international fame for her role as Mónica Gaztambide aka Stockholm in the hit Netflix series Money Heist is proudly displaying vedic pictures of Lord Ganesha at her home in one of her video.”

Spanish actress @EstherAcebo to international fame for her role as Mónica Gaztambide aka #Stockholm in the hit @netflix series #MoneyHeist. who is proudly displaying vedic pictures of lord #Ganesha at her home in one of her video pic.twitter.com/i3HAq92iri

Money Heist is a global phenomenon and one of the most successful shows on Netflix. The Hindi remake of Money Heist, titled Three Monkeys, was announced last year. Arjun Rampal has been cast in the role of the Professor, essayed by Alvaro Morte in the original series. The remake will be directed by the Director-duo Abbas-Mustan.

Money Heist is available on Netflix in five parts. The finale of the crime series was out in December 2020. Almost all the characters, including Stockholm, have become household names with the show winning many awards including the Emmy for Best Drama Series.

Also Read: Money Heist star Ursula Corbero reveals Madonna is her fan, says ‘I was speechless when she came directly to me’