Varun Badola has won the audiences' hearts and has kept them hooked to the television screens with his depiction as Amber Sharma in Sony Entertainment Television’s popular show, Mere Dad Ki Dulhan. The ever-changing equation between Amber and Guneet (Shweta Tiwari) has created the right buzz since the inception of the show. After Guneet decided to forgive Amber, their relationship has taken a different turn. 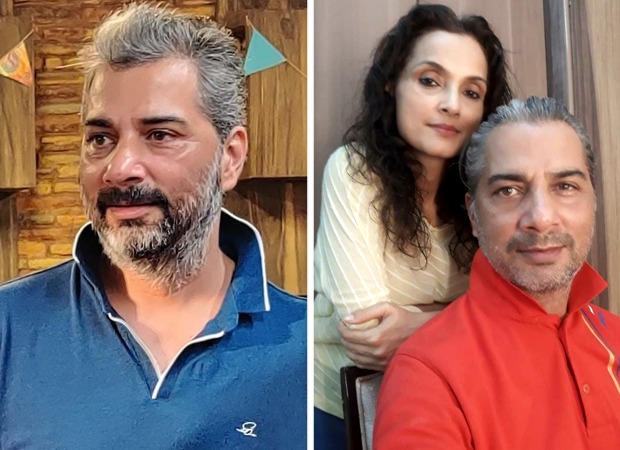 Now, Varun Badola aka Amber will be seen bringing out his romantic side as he starts dating Guneet. The affable actor is quite popular for his idealistic nature in real life, too. His real-life love story is admired by many as he is wooed his ladylove in the same way just like he is sweeping Guneet off her feet, in the show.

Talking about his dating days, Varun shared, “Amber’s love story with Guneet reminds me a lot about when I first started dating the love of my life, Rajeshwari. It’s like I’m reliving those romantic days and every scene I perform; I think about her. Rajeshwari and I first met on a show where she was the host. Then fate brought us together and we kept bumping into each other and danced together on one of our common friend’s birthday party. That’s when I asked for her number in a very flamboyant way which flattered her and she shared it with me. I called her the very next morning.”

Adding further, Varun said, “Even then our love story didn’t really begin because of our busy schedules. We were shooting for one of the films where we struck a chord and started dating. Since not many people knew about our relationship, we thoroughly enjoyed our stolen moments and the time we spent getting to know each other better. Later we agreed that we need to speak to our parents and take things forward.”

On their parent’s reaction to their relationship, Varun said, “Her father said yes, in no time, because Rajeshwari’s brother put in a good word for me. And during the time of my film release Charas, my family came to Mumbai where I spilled the beans about the woman I was in love with and they instantly took to Rajeshwari on meeting her the first time. Within six months, we got married. It’s almost sixteen years now and reliving the romantic phase for the show reminded me of my courtship with Rajeshwari. Now the challenge for Amber and Guneet lies in disclosing their relationship to Niya.”