The situation is stressful in the Indian subcontinent with the ongoing issue between India and Pakistan. There is a lot of tension after Indian Wing Commander Abhinandan Varthaman was held by the military of neighbouring country. In these dark times, Bollywood has come forward to extend their support to the valiant defence forces of our nation. While we hope and pray that the situation improves, the members of Indian military are risking their lives to protect our borders. Here are some of the films which never fail to instil the value of patriotism and makes us feel extremely proud of our soldiers. 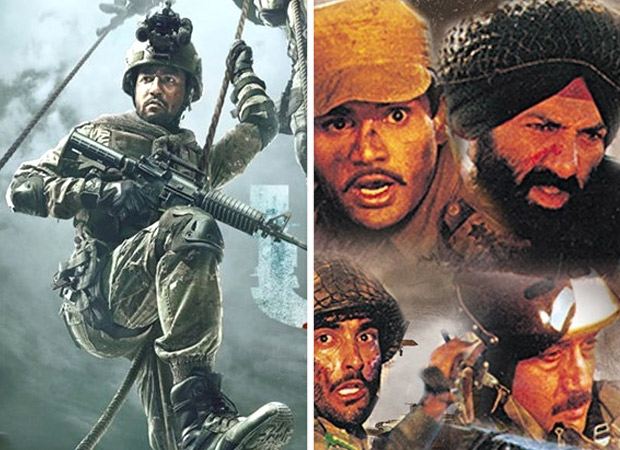 This latest directorial by Aditya Dhar is a well made war film on the surgical strikes carried out in the year 2016. The movie revolves around the lead Vicky Kaushal who plays Major Vihan Shergill a brave commando who plays a key role in plotting and strategizing the surgical strike. The movie is a glowing tribute to the Indian Defence Forces.

This JP Dutta multistarrer which released in 1997 is still an iconic movie in Bollywood because no other film has penetrated the message of ‘desh bhakti’ and pride for our soldiers like this one has. Border boasts of an impressive cast involving Sunny Deol, Jackie Shroff, Sunil Shetty, Akshaye Khanna, Puneet Issar, Khulbhushan Kharbanda, Tabu, Pooja Bhatt, Rakhee. The movie will still tear up every Indian watching it. In this flick, a battlion of soldiers wage a war on Pakistan in 1971 with extremely limited resources in the Longewala region in Punjab.

The Hrithik Roshan movie starts off with a coming age story of an urban boy but later it is more about a soldier who is an ordinary boy, played by Roshan, who fights till he bleeds to protect his country. It has some terrific performances by Hrithik Roshan, Amitabh Bachchan, Preity Zinta and brilliant direction by Farhan Akhtar.

Set in the politically controversial and difficult terrains of Kashmir, the film is focussed on the valour of a military personnel Inayat Khan played by Sanjay Dutt and his adopted son Altaaf Khan played by Hrithik Roshan who comes to avenge death of his biological father. The focus of the film is the sacrifices made by the military in order to prioritize our country over everything, even family.

This fairly recent Rana Dagubatti and Taapsee Pannu starrer released in 2017 and is about an Indian Naval submarine intercepting Pakistani submarine, PNS Ghazi, during a routine surveillance and in turn helping India win the war.

This Amrit Sagar film is self explanatory. It dealt with the plight of the prisoners of war after being held by the enemy. The movie came out in 2007 and starred Manoj Bajpayee, Ravi Kishan, Piyush Mishra, Deepak Dobriyal in lead roles.

This Nana Patekar and Madhuri Dixit film released in 1991 and dealt with the issue of true meaning of patriotism and how sometimes it is most difficult to fight the enemies within our own society than the enemy country.