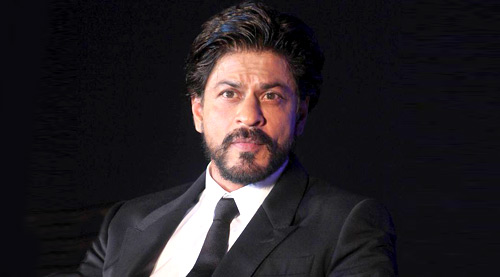 An emotional Shah Rukh Khan who has worked with Naseeruddin Shah in films like Chamatkaar and Main Hoon Na further added, "Naseer bhai is the greatest actor in whichever platform on whatever platform. I've seen him from theater days, NSD days. We've all learned for him. We all look up to him. He is one of the finest actors in the world, not only in India. Each one of us, at some point of time or the other, has been touched by his performance, by his essaying of a role, by a moment that he has created. In his interviews, the way he talks, he is very straightforward. The most beautiful thing this country could have had is have a Naseeruddin Shah kind of an actor. It is a very big thing that he said. I think he should have lots of talks with Vivaan because we have learned a lot from his talks so he should not keep Vivaan bereft from the talks that he gave us directly or indirectly."

Happy New Year has the unique distinction where sons of great actors Amitabh Bachchan and Naseeruddin Shah are working together. Farah Khan told Bollywood Hungama that Abhishek is the mentor and guide of Vivaan. It is another story that Naseer sahib has been extremely critical of Mr Bachchan and has never shied away from openly expressing himself.

Shah Rukh Khan adding on to his heartfelt statement, further said, "You are very fortunate if you are born in the house of Naseeruddin Shah or Mr Amitabh Bachchan. We have both of them here. One day, Abhishek was distracted and Vivaan was even more distracted. I said, you know what; I am going to have a talk with them. I went to both of them and then I realized that this is Mr Amitabh Bachchan's son and this is Mr Naseeruddin Shah's son, main kaun Ullu Ka Paththa hota hoon inhe advice den eke liye. We are very proud of Vivaan in Happy New Year because of his upbringing, the knowledge of cinema that he has. He came from a different bent of theater, quickly turned around and then Happy New Year is the most in your face commercial film made this year, singing, dancing, it's a cabaret. To suddenly adapt to yourself to a cabaret kind of a situation, is a very commendable job. Vivaan has done best amongst us. I've done enough films, Farah, Deepika, Abhishek, all of us have been at some time or the other have been seeped in cinema where we have been part of cabaret kind of cinema. But for Vivaan so early on in life and such a big cabaret kind of film, it is a big leap. Truly truly truly, Naseer bhai, I am very small to say this, but you should be extremely proud of what Vivaan has achieved in Happy New Year. We are very proud."