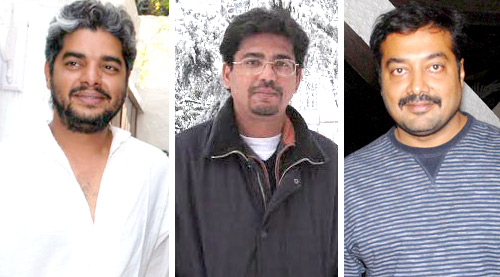 Ok, so there are directors like Rohit Shetty, Rakesh Roshan, Rajkumar Hirani, Karan Johar, Kabir Khan, Mohit Suri, Anees Bazmee, Abbas Mustan, Prabhu Dheva and more who have one of the most consistent journey so far in Bollywood. Their association with a film ensures that audience would be interested enough to step in theaters. However, there are many others as well who carry great potential to be consistently successful at the box office and have also occasionally showed in the past what they are made of.

They may have hit the rough pitch or not quite got off to a good start. But then they can make it happen. Here is looking at some Bollywood makers who could just find themselves back in the groove with one huge entertaining flick that would get them the kind of standing in the industry they truly deserve.

He was the one to put your money on when Saathiya came calling. There were some good audience footfalls for Bunty aur Babli too. However, the sense of humor and quirky narrative he adopted for Jhoom Barabar Jhoom wasn't everyone's idea of entertainment. The film was a major flop, so much so that it took him seven years before readying his next Kill Dil. By the look of things, this one should be a killer.

His Kurbaan stays on to be one of the 'most honorable flops' from the house of Karan Johar. Rensil D'Silva, the writer of Rang De Basanti, did most things right as a director of Kurbaan but somehow audiences were just not interested to even check out what it had to offer. Now after waiting for more than a year to see the release of Ungli, one truly hopes he has an exciting twisted tale to offer.

Aah, now he is one man who should have gained big successes long time back. When he directed Ek Haseena Thi a decade back, he was indeed the one to watch out for. Misfortune resulted in Johnny Gaddaar being delayed but the film, though not quite a money spinner, made news for all the good reasons. His big ticket item was Agent Vinod but the film flopped. However his Badlapur sounds very interesting.

From the maker of Black Friday and Dev D, one expects a biggie that would just turn out to be the game changer. He tried that with Gangs of Wasseypur and though critical acclaim came in, box office returns were not hugely rewarding. He has that one big platform available in front of him in the form of Ranbir Kapoor starrer Bombay Velvet and if the film is successful, he could well be a game changer all over again.

When you have a director's stamp on a film like Paan Singh Tomar, there is no doubt around what you are capable of. Tigmanshu Dhulia has showed that consistently with Haasil and Saheb Biwi aur Ghulam too, though the latter's sequel and Bullett Raja seemed compromised against his vision as a filmmaker. Now that he has given himself a well deserved break before he starts Yaara, one hopes for fireworks.

Next release: To be announced

No, it is not about him not really moving ahead with the times, because that is not what is expected out of him. From some directors, you just want them to deliver the kind of blockbusters that made them what they are. By all means, if Mr. Ghai drops ideas like Kaanchi and instead gets back into the Karma, Ram Lakhan and Saudagar zone, audience would lap them with glee. Just do it Sir!

He is yet to deliver a huge box office money spinner but decent runners like Love Sex aur Dhokha, Oye Lucky Lucky Oye and Khosla Ka Ghosla are testimony to the experimental mode that Dibakar tries film after film. Ok, so Shanghai didn't cover much distance but with the packaging well in place (Aditya Chopra and Sushant Singh Raput) for Detective Byomkesh Bakshi, good times could be quite close.

When you have films like Lagaan, Swades and Jodhaa Akbar in your repertoire, you don't quite need an introduction. However, What's Your Raashee? and Khelen Hum Je Jaan Se didn't even see an opening, though they had their moments. Ashutosh decided to take a break and invested all his energy into Mohenjo Daro. The Hrithik Roshan starrer is more than a year away and one expects Ashutosh to bounce back in a big way.

Last release: U Me aur Hum

When an action hero turns director, one expects yet another action packed tale. However Ajay Devgn surprised one and all by taking a sensitive route with his love story U Me aur Hum. The packaging was just right, what with wifey Kajol in there. The film couldn't excite many though and didn't really cover the distance. Though his Shivaay is quite some time away, one is assured that Ajay would return with a bang.