Bigg Boss 13 contestants Paras Chhabra and Mahira Sharma's chemistry made a lot of headlines. The show is over, but Paras and Mahira together earned a loyal set of fans who continue to cheer for them. Much to their delight, the two are now coming together for a music video. 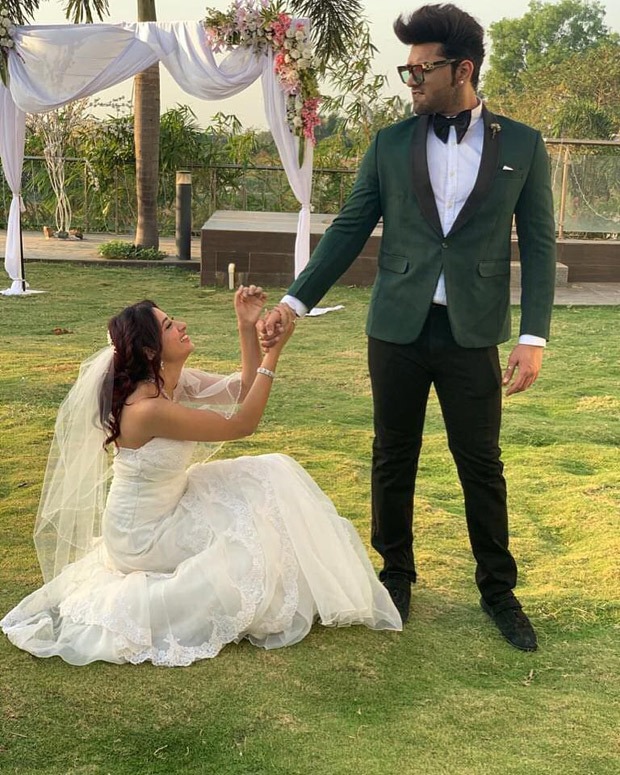 Paras took to Instagram and shared a few photos from the shoot. While Mahira is dressed as a bride in a white gown, Paras looks neat in his black three-piece suit. "Something new ... #pahira #abrakadabraparaschabbra #abrakadabra #paraschhabra #biggboss13 #mahira #wedding #song #desimusicfactory," he wrote. Fans are certainly cheering for their favourite 'PaHira'.

Paras, who was in a relationship with TV actor Akanksha Puri for a few years, broke up with her months after he entered the show. Akanksha, in a number of interviews, revealed she was hurt by the way Paras spoke about their relationship on the show. It was also said that Paras' going proximity with Mahira did not go down well with her. After the show came to an end, Paras confirmed his breakup with Akanksha, and said he could not accept how Akanksha spoke about their personal issues to the press.

Paras, right now, is hunting for his bride on the TV reality show Mujhse Shaadi Karoge while his fellow Bigg Boss 13 housemate Shehnaaz Gill looks for her Mr Perfect!