Brahmastra is undoubtedly one of the most anticipated films of the year. After multiple delays, director Ayan Mukerji revealed the release date of the film a few weeks ago. Starring Amitabh Bachchan, Alia Bhatt and Ranbir Kapoor the film is set to release on December 4 and is made on a massive scale. 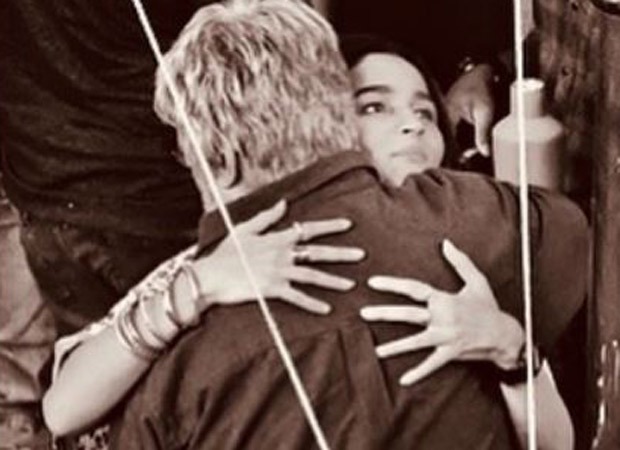 A day ago, Amitabh Bachchan took to his twitter feed and praised co-star Ranbir Kapoor and shared photos with the actor clicked on the set. Now, Big B took to his handle to share a heartwarming picture with Alia Bhatt.

... she breezed in .. did her shot .. a huddle .. and out .. the effervescent, supremely talented, scintillating Alia ..

Meanwhile, the shoot of the film is nearing its end. Brahmastra stars Ranbir and Alia as the leads while Big B, Dimple Kapadia, Nagarjuna Akkineni and Mouni Roy will be seen essaying pivotal roles in the film. Directed by Ayan Mukerji, it is produced by Karan Johar.