Two days before the 30th year anniversary of Parinda and writer-director is sharing videos of his iconic hit Parinda reminiscing about the struggles faced by the directors 30-years back. The director has yet again dropped another video starring Anil Kapoor and Madhuri Dixit romancing on one of the songs from the film. 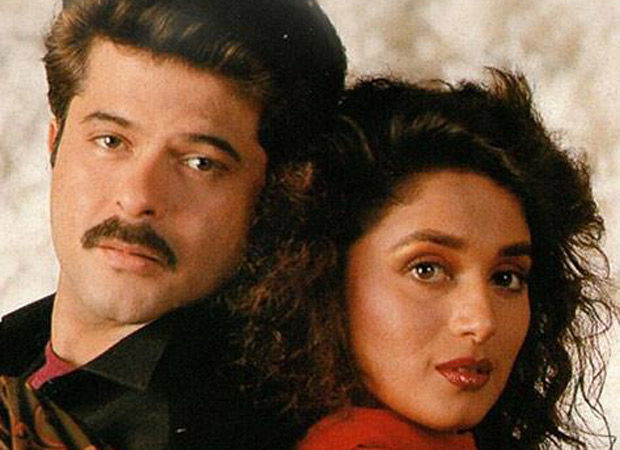 The video showcases that during the old day's affection scenes were few and how directors had to go through the struggles to capture a particular scene in one shot.

Taking to the social media handle director Vidhu Vinod Chopra shares, "While displays of affection are commonplace in Bollywood today, 30-years-ago such scenes were few and far in between. Have a look at the trials and tribulations behind shooting one such scene.  #30YearsOfParinda @MadhuriDixit @AnilKapoor @bindasbhidu #Parinda

Talking about this song director Vidhu Vinod Chopra says, "During those days when Hindi songs were shot in the sunset sometimes the sun would be up or down or sometimes there were clouds coming in between, I hated that. My idea was to shoot the entire song just in one sunset. If you observe the sunset or time it the sun which actually goes down in that we have only 3 or 3.30 minutes left. So this whole song was literally been shot in 6 - 7 minutes."

Elaborating more about the scene he further said, "There was shot in which Madhuri Dixit had to kiss Anil which she hesitated and there was no time. In that case, I told her to chuck it and run away and then she came running to me saying no sir I will do it. So I said if I get time, in the end, I will shoot that shot again and then I screamed and I said you are not Madhuri. you are Paro. Your mother is not here and your family is not here and your brother is dead and you are that character. It needed time for her to actually come back to do this.

Vidhu Vinod Chopra’s next project is Shikara and slated to release in 2019.