Just a day ago we had reported that Surveen Chawla tied the knot with businessman Akshay Thakker. Now the actress who is a happy space speaks about her special day and how they exchanged vows in 2015 in Italy.

Surveen Chawla met Akshay Thakker through a common friend in 2013 and soon after, they fell in love. They got married in 2015, with only family and a handful of friends in attendance. Like mentioned before, it was Surveen’s dream to have a white wedding in a chapel located in a picturesque castle and Italy seemed like an apt choice. 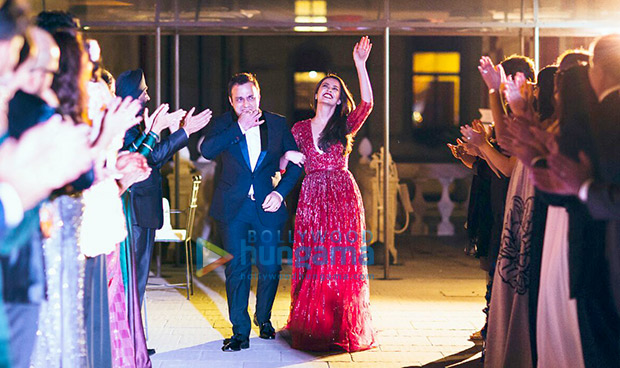 From clothes to the décor, from invites to the wedding destination, Surveen personally planned and designed everything according to their taste. They wanted it to be royal yet simple.

Speaking about the same, Surveen said, “I handpicked and curated everything myself personally. In fact, I wanted everything to have a personal touch as it was an extremely personal affair and I was hands-on everything. While working and honouring work commitments, I was also getting things arranged simultaneously.” 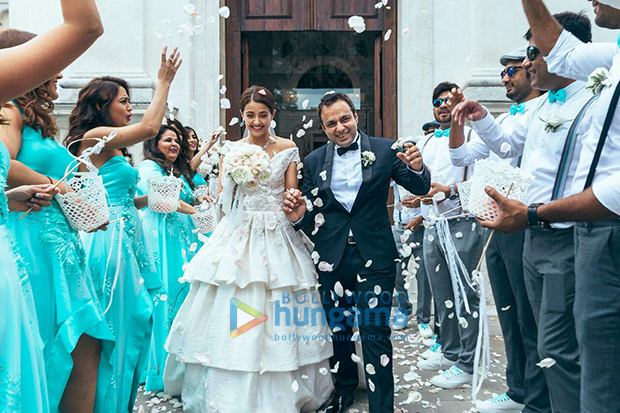 She revealed, “We handpicked, decided and decoded everything ourselves. The location, Castel Brando, in the Veneto region located in Northern Italy, had a chapel inside which was a rare find and it felt as though it was almost tailor-made for us. We had the entire castle to ourselves for the span of the wedding.”

Sharing details, she added, “It was a 2 day affair, starting with the night prior to the ceremony, where all friends and family had prepared a sort of a Show (skit) for us. The next morning was the symbolic ceremony where we exchanged vows. After which we had a luncheon followed by an evening reception where close friends and family gave their speeches and ended it with Punjabi Bollywood dance night!” 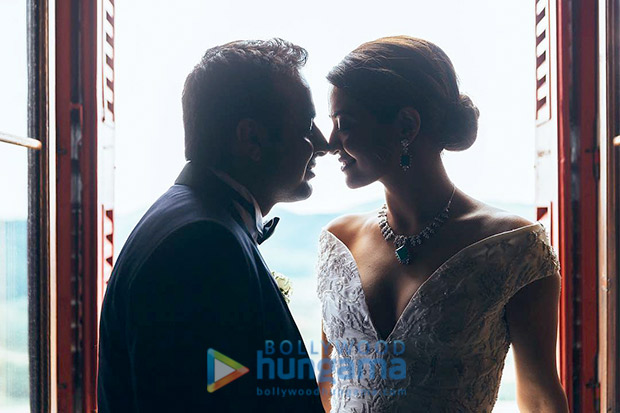 "I couldn’t have asked for a better partner, a companion who makes me a better person with every passing day. Being in love feels beautiful! Being married......even more!!!You just know it instantly when it feels right! We wanted it to be a very low key private and personal affair, like I always dreamt of. We kept it private for a while and were waiting for the right time to announce, which couldn’t have been more perfect than to bring in this New Year. Seeking the love and blessings of all my well-wishers and fans to celebrate the most precious day of my life with them," said Surveen excitedly.