The trailer of Kartik Aaryan and Sara Ali Khan's upcoming film Love Aaj Kal is out. The film is a sequel of Imtiaz Ali's 2009 film of the same name that had Saif Ali Khan and Deepika Padukone in the lead. At the trailer launch event, Kartika Aaryan shared his excitement of working with Imtiaz Ali and revealed his first reaction after being signed for the project. 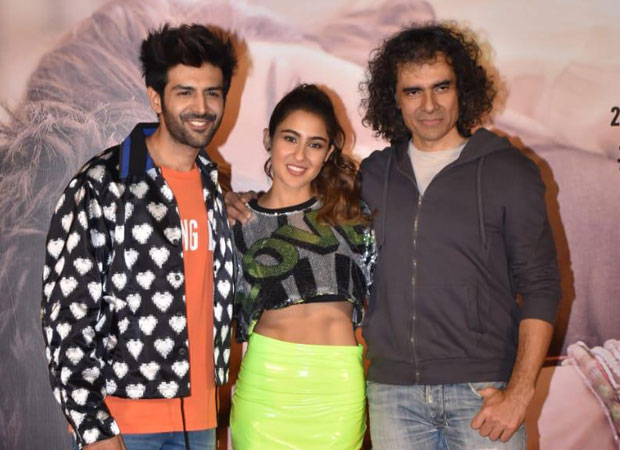 Recalling the moment he got a call from Imtiaz Ali, Kartik said, “I'm not able to describe my feeling. It's been a wonderful process since the beginning. I still remember I was shooting for Luka Chuppi when I got a call from Imtiaz sir. I locked myself in my vanity and I lied to the crew that I was going to the washroom so that no one would disturb me. And, we spoke around almost 45 minutes. So, it's a huge thing for me. Actually, when we first spoke, we had a conversation about some other thing but then eventually Love Aaj Kal happened. And, it's like a dream. I literally feel like I'm living a dream.”

He further said, “We all have been huge fan of Rockstar and Jab We Met. I'd watched these films multiple times during my college days. Today, I have got an opportunity to feature an Imtiaz Ali movie. I couldn't believe when I first saw myself on the poster. I kept looking at it. I think I stared at it for almost 3 hours. I feel so happy and it truly feels like life has come full circle. He's completely changed me as an actor.”

Love Aaj Kal presents a contemporary and relatable portrayal of two stories set in different times that interact to learn (or perhaps unlearn!) from each other, the different facets of love, commitment and relationships. Directed by Imtiaz Ali, Love Aaj Kal is releasing on February 14, 2020.

Also Read: Saif Ali Khan says that he liked the trailer of his Love Aaj Kal more than the one starring Kartik Aaryan and Sara Ali Khan