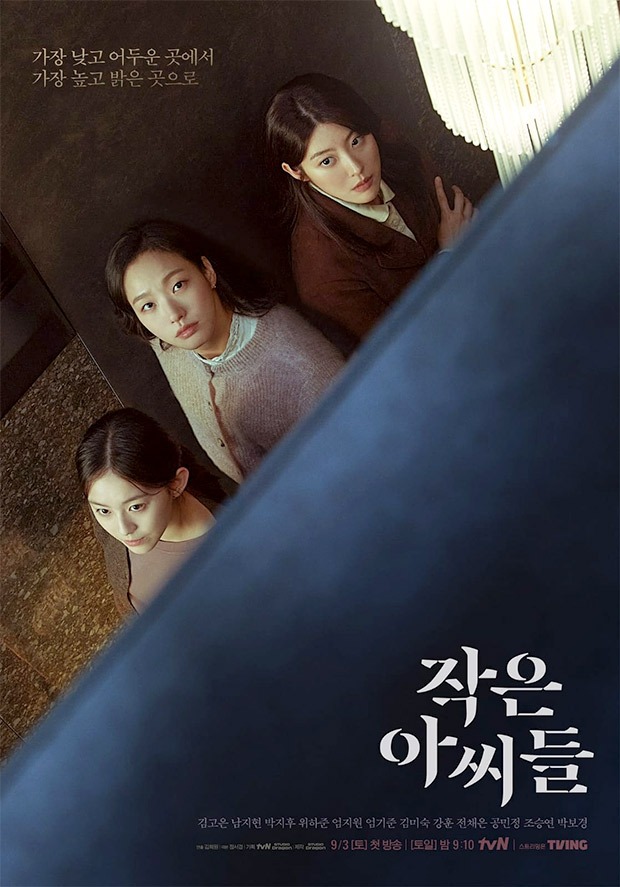 The new poster arrived on Tuesday along with the premiere date news. The series arrives in September 3, 2022 on the South Korean network tvN. The posters gives a close look at the cast members.

The drama’s producers earlier said, “The story of the three sisters, who are swept away by a huge event, as they search for the direction of their lives will be depicted in a strong and interesting way. They will face unexpected things, so please watch their future to see which way they will go. Kim Go Eun, Nam Ji Hyun, and Park Ji Hu, who have transformed into three sisters, will show perfect synergy.”

According to Korean media portal Soompi, Little Women tells the story of three sisters with a close bond who grew up in poverty and get embroiled in a major incident as they face off against the richest and most influential families in the nation, as per Soompi.

Squid Game star Wi Ha Jun also stars in pivotal role. He will be seen as the capable consultant Choi Do Il, who graduated from a prestigious university in the United Kingdom. Choi Do Il has a keen sense of judgement and exceptional analytical skills, and he is a charismatic figure who makes heads turn whenever he appears with his sophisticated and intelligent appearance. He will also play a central role as a mysterious figure who appears in front of Oh In Joo when she gets swept up in a huge incident.