Last Updated 12.08.2022 | 5:00 PM IST
feedback language
follow us on
Bollywood Hungama » News » Bollywood Features News » EXCLUSIVE: Ranveer Singh reveals he won a competition for writing a product tagline in 10th grade in school: ‘I used to have a knack for writing, especially one liners’

Ranveer Singh is one of the most popular stars in Hindi cinema. The actor has shown diverse range of his skills on screen. But, before making his debut as an actor, he was also interested in entering the advertising industry and was also completing his media studies and working as a copywriter. Recalling how it began, the actor recently said that in 10th grade he won a competition and that made him think if he should pursue copywriting since he was skeptical whether he would get opportunity in Hindi films. 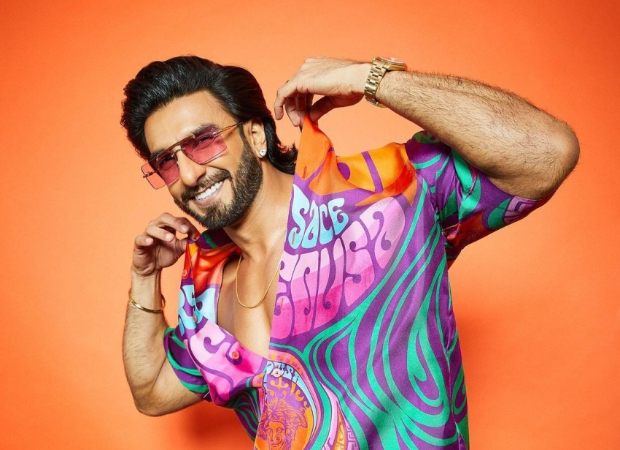 EXCLUSIVE: Ranveer Singh reveals he won a competition for writing a product tagline in 10th grade in school: ‘I used to have a knack for writing, especially one liners’

Talking to Bollywood Hungama recently, the actor said, "Till the tenth standard I only wanted to act. Then, in the 10th standard me, you start to ask these questions like 'Do you really want to try for Hindi films?' This is around the turn of the century, '99-2000. At that time, it was very far-fetched to think that somebody with my background would actually get a foot in the door, in an industry that was very insulated at the time. So I thought, this is very far-fetched. What are my chances in Hindi films? So I should do something else in which I can get some chance, something within reach, in my estimation at the time. I used to have a knack for writing, especially one liners and things in the rhyme scheme and stuff like that, too. In fact, there was a competition in school, random interhouse competition they had. They would show us a product and say 'write a tagline on this', and I won that and I really enjoyed doing it."

He continued, "So when I was having this conversation with my dad, I said, 'Apart from acting, there's this one thing that I would like to explore.' He had a friend who was working in Lowe Lintas at the time in Express Towers. I was around 15-16 and he sent me over, and said, 'Meet this guy and explore what opportunities are there.' I met the person and I said 'I think there's something I can do here.' He said, 'Yes, beta, it is called copywriting'. I have a friend who works in the creative department. Go and meet him and take advice like 'What it is that you would like to pursue in this field of advertising?' He was an actual creative director. And when I met him, it was really okay with me, I was like, I can actually do this . I can actually make ads, write ads, write funny lines, write interesting lines. As a profession. This is great. So then I started pursuing copywriting actively, I thought that would be my profession. I went to America to get a degree in Media Studies. A lot of my classes were in advertising. I really thought I'd become a professional copywriter, get a job, a placement in Chicago, or New York; work in a big ad agency, work my way up, and then when I'm ready, make the transition back to India. Then things happened I switched tracks back to acting halfway through my education, but this was my intention."

On the work front, Ranveer Singh will next star in Rohit Shetty’s Cirkus, releasing on December 23, 2022. Following which, he will star in Karan Johar’s Rocky Aur Rani Ki Prem Kahani and Shankar’s Anniyan.

ALSO READ: EXCLUSIVE: Ranveer Singh reacts after Samantha Ruth Prabhu says she has been ‘Ranveer-ified’ on Koffee With Karan 7: ‘I appreciate her as an artist immensely’