History was made on Sunday. The musician j-hope, from the South Korean juggernaut BTS, became the first South Korean artist to headline this year’s Lollapalooza in Chicago and marked a place for himself in the history of the festival to bring in the audience in big numbers. Following the release of his solo album Jack In The Box earlier in July, the 27-year-old musician took the stage and enthralled the audience in his over 70-minute stage performance. 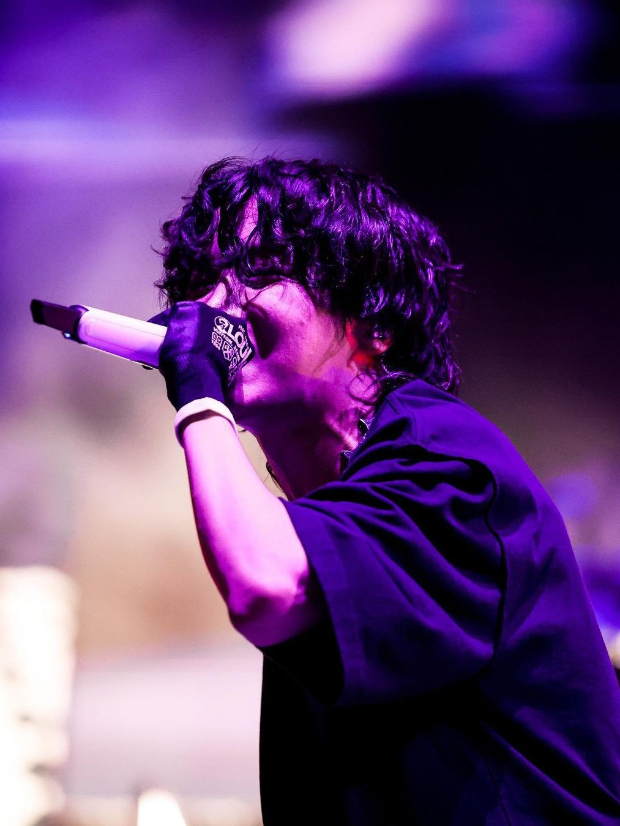 Lollapalooza remains a powerhouse festival brand across the world by delivering highly anticipated and diverse multi-genre lineups while continuing to produce extraordinary musical moments over its 30-year history. On Sunday night, j-hope performed a total of 18 songs including all of the 10 tracks from his new album, a few songs from his 2018 mixtape Hope World and added BTS' songs ‘BTS Cypher Pt. 1’, the ‘Tropical Remix’ of ‘Dynamite’, ‘Trivia: Just Dance’ and ‘Outro: Ego’ in his enigmatic set. He also performed his 2019 single ‘Chicken Noodle Soup’, for which his collaborator and friend Becky G made a surprise appearance.

The final day of Lollapalooza, where j-hope’s headline took place, was attended by approximately 105,000 people.  The setlist and set design highlighted j-hope’s unique vibe and well-thought-out flow of the stage. The box sets symbolize both ‘Jack In the Box’ which is full of surprises with j-hope’s new charms, and ‘Pandora’s Box’ which ties to his identity and how the stage name ‘j-hope’ was created. The stage was filled with various performances that show both ‘familiar’ j-hope with positive energy, and new j-hope with darker and more serious aspects as an artist. The closing left the audience with greater expectations for what more j-hope can offer.  For j-hope, being on stage is not new. He has been on stage since his childhood and with the pop titans BTS. This marked his first solo stage in his 9-year career as a rapper and he owned every minute of it. The main stage was created keeping the theme of Jack In The Box. He paid homage to Wu-Tang Clan’s 'Ol’ Dirty Bastard' through the VCR as he had sampled 'Shimmy Shimmy Ya' for his song What If and even gave a shoutout to DJ Webstar and Young B, who are the original creators of ‘Chicken Noodle Soup’. While the audience was filled with ARMY (fandom of BTS), this was a segway for j-hope to introduce his music to a diverse audience. From having a live band to performing with dancers in some sections, he showed all facets of him as a performer, and what an all-rounder of a musician he is. His performance was solid, polished, narratively rich, and magnetic. There were moments where it felt like he was in a trance soaking in the cheers as he ended his set with his 'Future' track leaving a door open to more such endeavors in the coming times.

j-hope left huge footprints as the first Korean artist to headline the main stage in Lollapalooza’s over 30-year history. Ending the night with a statement in Korean, j-hope reflected on his monumental moment and said, “Even if we speak different languages, I pour my heart and soul into my music. I hope you listen to my story.”

Closing the set with “Future,” he said, “This is a very meaningful moment for me. We are getting closer to a wrap up of this album that started off with my ambition. I’ve grown so much throughout the whole journey with the album, and seeing the audience at Lollapalooza today gave me a firm belief in myself. I am grateful to everyone who came to watch my performance. I’m embarrassed to say this, but I’m also proud of myself for enduring the challenges up until this moment. ”

This is part of a grand finish to the album process founded on my greed and fierce ambition. All the album schedules have become my flesh and blood. And in doing Lollapalooza, and through our ARMYs and the general public, I’ve come to form a firmer faith, a more assured faith. +

And even though it’s a little embarrassing, I want to say to myself, who’s achieved this moment, that I’m proud.

Okay. I’ve spoken for too long. With that said this is a really special and meaningful song for me. ⁰⁰(ENG) This next song is dedicated to all of our futures. //

Meanwhile, Jack In the Box, as the album title suggests, presents j-hope’s leaping out of the box and showing new, different sides of him and how much he’s grown as an artist. The album contains a total of 10 tracks: “Intro,” “Pandora’s Box,” “MORE,” “STOP,” “= (Equal Sign),” “Music Box: Reflection,” “What if…,” “Safety Zone,” “Future,” and “Arson.” The smooth flow of the narrative in the album, starting from the first track and concluding with the final track, stands out. j-hope participated in the overall album making from music, concept, design, and music video, bringing out his own unique colors through the album.