Last Updated 13.07.2020 | 9:44 AM IST
feedback language
follow us on
Home » News » Bollywood Features News » Bollywood News Kick start your weekend with this picture of Salman Khan reuniting with his sub-inspectors on the sets of Dabangg 3!

The much anticipated and one of the most awaited movies, Dabangg 3, has finally gone on floors and the shoot has commenced in Indore. Chulbul Pandey is one of Salman Khan’s most memorable characters for more than one reason. Even though this is not the first time he is playing a cop, the Dabangg franchise has quite a bit of a fan base. Recently, Salman Khan, Arbaaz Khan, and Sonakshi Sinha have been updating their fans about the progress in their shoot. Salman Khan has been posting a few behind the scenes stills from the sets. 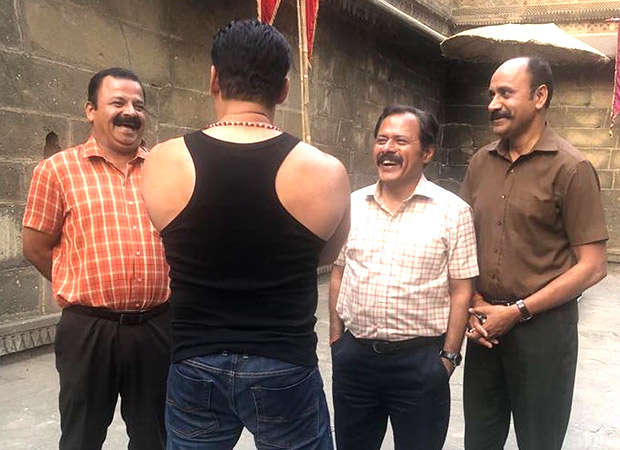 This movie will mark the reunion of Prabhu Dheva and Salman after almost a decade. Dheva will be directing the film while Arbaaz Khan is producing. Apart from Salman’s character, there are other fun characters in the movie, his police team is a bunch of hilarious people and Salman just doesn’t stop pulling their leg in the movie. Salman took to his Instagram to share a picture of this little reunion he had with his sub-inspectors. We also love how he refrains from showing his look in the pictures. Can we expect to see some changes in his iconic look?

Having a Chulbul time on the sets of #dabangg3... @prabhudheva @arbaazkhanofficial @nikhildwivedi25

What do you think could be the reason behind Chulbul Pandey hiding his face in the picture? Let us know! As for the film, it is slated to release in December this year and the makers have announced that a huge surprise awaits the fans as this time; there won’t be a dance number in the film.