Last Updated 27.05.2020 | 8:00 AM IST
feedback language
follow us on
Home » News » Bollywood Features News » Bollywood News KESARI: Akshay Kumar shines as the courageous Havildar Singh and wishes everyone on the occasion of Baisakhi

Akshay Kumar had already intrigued us all when he last released the first look of Kesari. The film features him in the lead role in this period drama based on the 1857 Battle of Saragarhi. It portrays the actor as the leader of the Sikh Battalion, Havildar Singh who courageously fought the battle against the Pashtun tribe. And now giving us a sneak-peek into yet another picture of him in character, Akshay Kumar went on to wish his fans on the auspicious of Baisakhi. 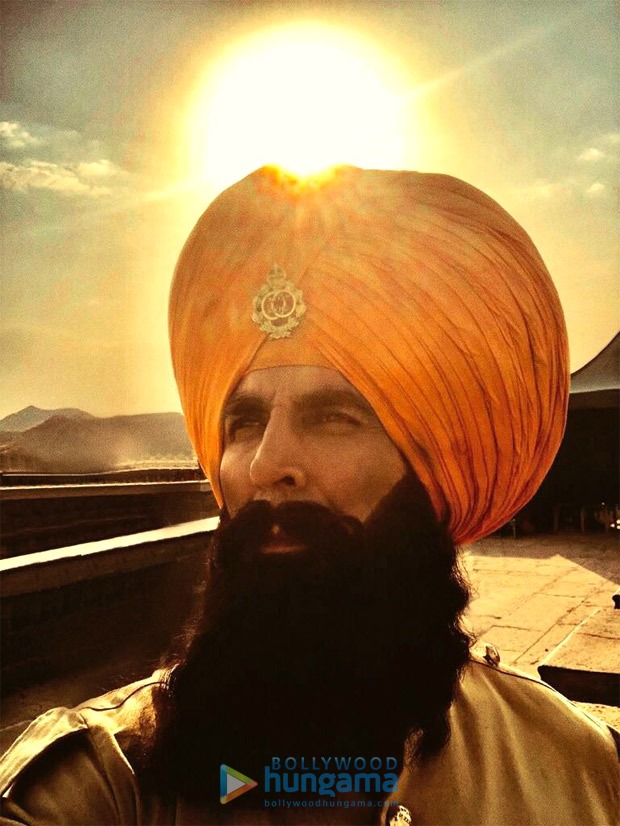 The Harvest festival, which is celebrated with great pomp in Punjab, is popularly known as Baisakhi. Considering that he plays a Sikh character in this Karan Johar production, Akshay decided to wish them in his own style. He posted this message in Punjabi on Instagram, “Tuhanu saareyaan nu Baisakhi di sohni saver mubarak hove!! Hasde vasde raho!!’ [Wish you all a very very Happy Baisakhi. Keep smiling.

On the other hand, speaking on Kesari, this Dharma Production drama is being shot at a grand scale in Wai, a small district in Maharashtra. It also stars Parineeti Chopra as Akshay’s wife. Directed by Anurag Singh, the makers are yet to announce the release date of the film.

Interestingly, before announcing the concept of the film, Salman Khan too was a co-producer. But the actor-producer decided to quit the project.