Farah Khan resumed her role as a choreographer with films like Dilwale of late. She decided to return to her first love before she goes on to take her role as a filmmaker again. And now, she has choreographed one of the most popular remake of one of the biggest chartbusters ‘Zingaat’. The song, which belongs to the Marathi blockbuster Sairat, will return in Hindi too in its remake Dhadak. The Karan Johar production stars Janhvi Kapoor and Ishaan Khatter in lead roles. 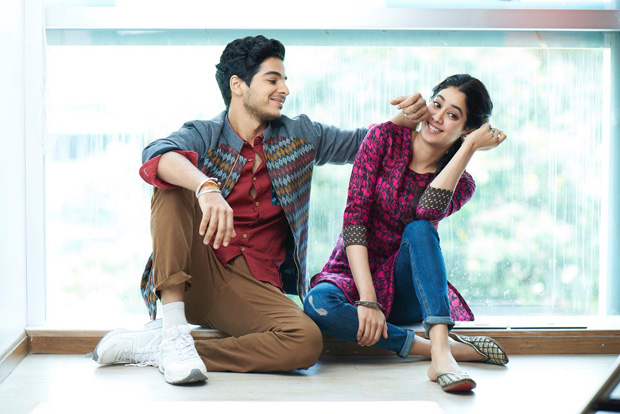 It seems that Farah Khan was more than happy to make the young generation of Bollywood dance to her tunes. However, when it was said that she had to remake ‘Zingaat’ in Hindi for Dhadak, she blatantly refused. According to recent reports, Farah confessed that she wasn’t keen on remaking something as classic as ‘Zingaat’.

For the uninitiated, the song had created enough buzz even amongst non-Maharashtrians, despite it being penned in Marathi. Speaking on the incident during a recent show, Farah reportedly confessed that Shashank Khaitan [director of Dhadak] was initially quite scared to call her and tell her that he wanted her to choreograph a song for his film.

Furthermore, Farah Khan spoke about the vision that the two filmmakers approached her with. Reports have quoted her saying that Karan Johar and Shashank Khaitan had diametrically opposite vision when it came to ‘Zingaat’ remake. While Karan was all about commercial and grandeur, Khaitan was more into natural and earthy. So keeping both their tastes in mind, now Farah described her choreography as commercial and candid for the song.

After a major schedule in Rajasthan, last we spotted Janhvi Kapoor and Ishaan Khatter shooting for Dhadak in Kolkata. The film, a remake of Sairat, talks two youngsters belonging to different castes who fall in love and elope to live a peaceful life away from their warring communities.