Akshay Kumar and Twinkle Khanna are not only one of the most loved B-town couple but they are also goofy as well. They are often on their dinner dates or on vacations whenever they are not busy with their work schedule. Akshay and Twinkle are always at their quirky best and their latest shenanigan is a proof of it. 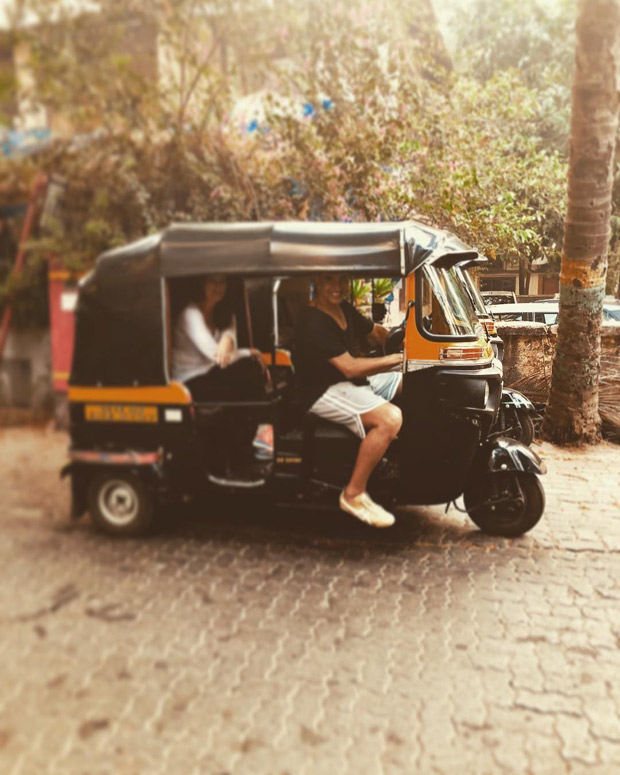 Akshay Kumar and Twinkle Khanna's ideal Sunday date was a little different this time. She shared a photo of her hubby driving a rickshaw while Twinkle was seated on the passenger seat. She captioned the image as, “My perfect Sunday though it may seem insane to some! Woke up at 4am and got in a solid 2 and a half hours of undisturbed writing time, a brisk walk with my dog and some goofing around with my rather cute rickshaw driver-All before 9 am:) #TheEarlyBird #TryIt”

On the work front, Akshay Kumar has an array of projects n the pipeline. Last month, he was seen in R Balki's directorial Pad Man. He will be next seen in Reema Kagti's Gold, which is set for August 15, 2018, release. The film is based on the real story of Indian Hockey Team's first gold medal win after independent India. The film has been produced by Excel Entertainment. The actor is currently shooting for Kesari which also stars Parineeti Chopra in the lead. He is also on board for Housefull 4. The film stars Riteish Deshmukh, Abhishek Bachchan and Bobby Deol. It is reportedly set for Diwali 2019 release.

Sonu Sood has approximately sent over 12,000…