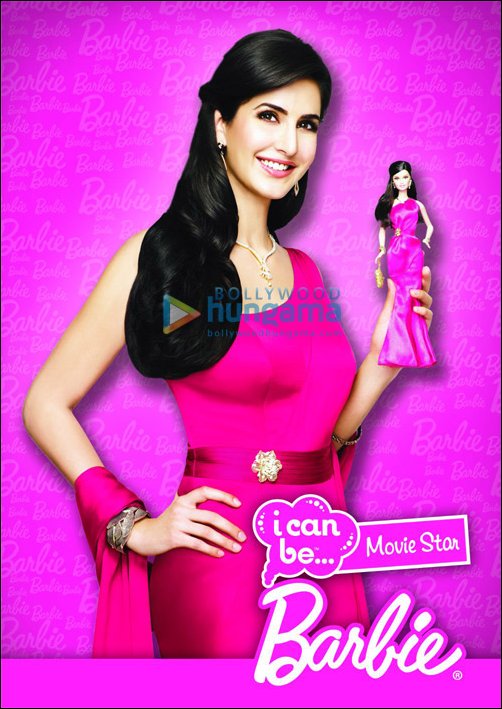 That Katrina Kaif is a personified version of a doll, is not an unknown fact to one and all. And if that doll happens to be the world famous Barbie, then, it will just be an icing on the cake! Well, recently, Kats unveiled one of the most awaited doll of the year -'Barbie I Can Be a Movie Star', which is inspired by Katrina herself!

An elated Katrina said, "I am thrilled and excited at having the 'I Can Be a Movie Star' Barbie Doll inspired by me. It is almost unbelievable, that a doll that I grew up playing with is one day going to take after me, seem like me. Barbie is not just another Doll; she is one of the most popular characters in the world who is a fashionista and has a flourishing career. It is an absolute honour to be associated with Barbie."

Readers maybe aware of the fact that, two years ago, when Kats walked the ramp as a real-life Barbie for the 'Barbie All Doll'd Up' show, is what inspired the doll makers to create an one-of-its -kind doll in the likeness of Katrina Kaif: one special highly-exclusive doll featuring the winning designer outfit by young prodigy Nishka Lulla worn on the runway by Katrina.

Some dolls have all the luck in the world. What say Katrina?