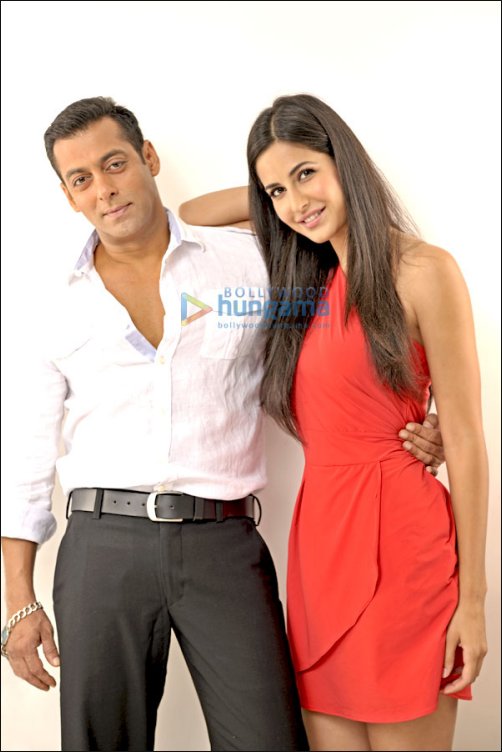 After months of media speculation, its official now, Yash Raj Films has announced its next project. Directed by Kabir Khan and Produced by Aditya Chopra, the romantic-thriller Ek Tha Tiger, stars Salman Khan and Katrina Kaif in the lead roles.

Yash Chopra, speaking about the project, said it was a very happy moment for him. "Everyone knows my association with Salim saab, having worked together on Deewaar, Trishul and Kaala Patthar. It is a very happy moment for me and YRF to have his son Salman with us for the first time. Over the years, Salman has become a very matured and talented actor and both he and the beautiful Katrina have a tremendous connect with their audiences. Combined with Kabir's edgy directorial skills, we can all look forward to a thrilling film. I really loved the script which is based on a story written by Adi and I am sure that the whole team will do an excellent job on this project."

Salman Khan was also honoured to be working with YRF for the first time. He said, "In the past, Adi and I have met a few times on various projects but somehow, when Kabir and he came to me with this particular story, we all just knew that this was the one. It is a very ambitious project and will be a challenge for all of us, but that's exactly what makes it such a big draw. Above all this, I'm honoured to be working with Yashji, who has worked so closely with my Dad in the past."

The story is by Aditya Chopra and the Screenplay and Dialogues have been written by Kabir Khan and Neelesh Misra. Aseem Mishra, who has worked with Kabir on New York, will be the DOP. The music will be scored by Pritam.

The film starts shooting early July and is slated for a mid-2012 release.