Kareena Kapoor Khan is a bombshell momma and all things fabulous. She also is a brand ambassador for UNICEF and therefore keeps making appearances for their events from time to time. She was the guest of honour and key speaker at the debate held on the account of International Mother’s Day and she gave us a lot of insights on raising kids, husband’s involvement in the same, support of parents and the whole balancing act. She also made pertinent points about women empowerment. 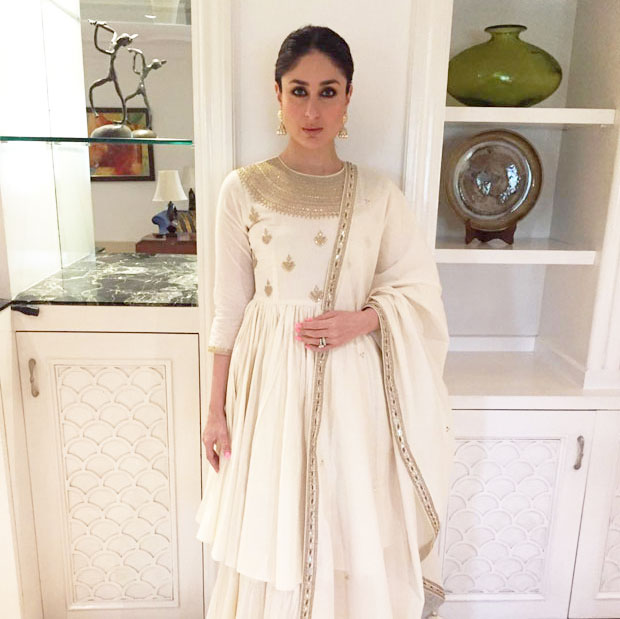 Bebo thanks Saif for being a hand on father

Kareena Kapoor asserted that men need to be equally responsible for bringing up a child and thanked Saif Ali Khan for being there for her at every walk of motherhood and especially when she was totally exhausted with child birth. She said, “It is said what a mother can do father can't but there are a lot of things that a father can do. And I am lucky to get the support from Saif. Even when I was exhausted after giving birth, I still insisted Saif to keep Taimur attached to his chest, give him the Kangaroo love. A father should step in when a mother undergoes changes post delivery. We must champion those fathers and give a shout out to them for their support”

She also made the case for sharing the load with partner and said, “We need to share the load. Of course, what the mother can do the father can't. But then there are a lot of things a father can bring to the table that a mother can't. Taimur loves his time with his mother. I spoil him with the warmth and the cuddles. His father is trying to teach him cricket. So, there are times when we both try to balance it out. That when he's not around, I am. If I'm doing a film, Saif tries to be at home. These days, I've kind of taken it up as he's been out shooting for three-and-a-half months to be there for Taimur.”

On importance of breastfeeding

Kareena Kapoor Khan then spoke about the significance of breast feeding to ensure that baby’s immunity is built because of the same. She said that she was extremely nervous about the same but her brilliant team of doctors and mother helped her with it. She said, “I was nervous and scared as how to get to Taimur to do that. I was worried if the baby will latch on or not. With the support of Saif, my mother and my lactation doctor the experience became easy and joyful. It was only possible through the support system. It's so important at that stage for the mother to be empowered rather than just laying out on the table.”

Kareena stressed on the need for every woman to be empowered and for that she said that education is most necessary. She added, “There is a very important need to stress on education of the girl child. Pregnancy during adolescence puts both the mother and child in danger and proper education will help put a check on it.”