Kareena Kapoor and Saif Ali Khan had moved to their new house just before the birth of their second son earlier this year. Ever since Kareena has been fulfilling her work commitments from her house. In a recent video, Kareena gave fans a glimpse of her house in Mumbai. 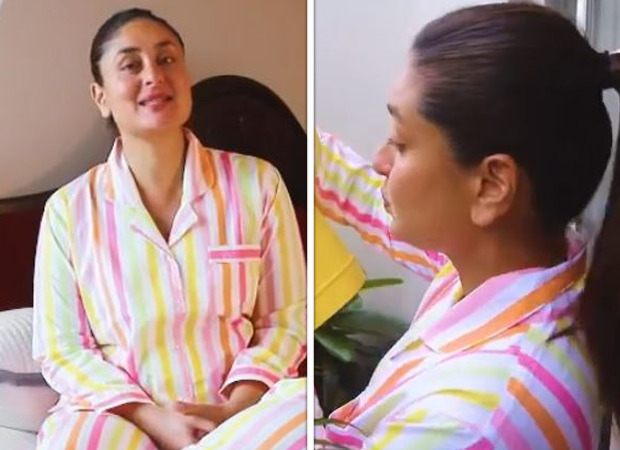 The video shared by Kareena on her Instagram feed is an ad for an oral hygiene brand. The actress shot the video inside her house. The video begins with Kareena sitting on her grand poster bed. There are white drapes hanging around the bed and has two bedside tables and lamps on each side.

In another shot, Kareena is seen stepping out of the room where she is seen standing near a wood sideboard decorated with multiple boxes and a typewriter. In another scene, the actress is seen watering plants in a tiny balcony.

Kareena and Saif had purchased their new house last year and moved in this year right before the birth of their son. The house was designed by Darshini Shah who had also designed their old Fortune Height's home. She had earlier said in an interview with a daily that the new house is an extension of sorts of the old house. She had said that the new house gives the feels of the old house but with added sets of requirements with their family expanding. It is a lot bigger than their old house with beautiful terraces, a swimming pool, outdoor areas, and open spaces that have been landscaped.