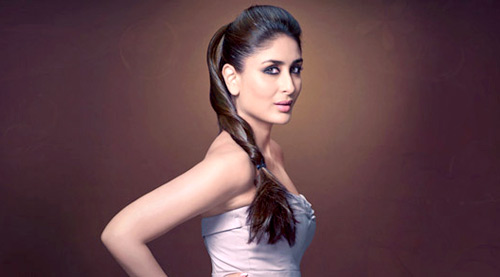 Just around the release of Singham Returns, Kareena Kapoor Khan had taken off for a London holiday with hubby Saif Ali Khan. After a well spent week, she returned to Mumbai over the weekend gone by. Meanwhile, she was also greeted by congratulatory calls, what with Singham Returns going well past the 100 crore mark and also being the second biggest grosser of the year after Kick. We get into a quick chat.

You did what was expected out of you in Singham Returns. Happy?

(Smiles) Yes indeed. See, as an actor, you have to maintain a certain amount of yourself on the basis of what your fans like to see you in. Even in Hollywood films like Ironman and Avengers, there are big stars in there who add on to the film. No one says that our role is big, small or performance oriented.

This was one action entertainer where you were happy to sing around and then perform some light hearted scenes.

When it is an action packed drama with lot of stunts and that too Rohit Shetty style, Ajay would obviously do all the action. Par masala toh tabhi aayega naa jab heroine thodi comedy karegi, romance karegi! I was happy to bring on that angle. Rohit told me categorically that I had enough serious roles like 'Heroine' and 'Satyagraha' and now I had to do something that was fun which people enjoyed seeing.

You seem truly impressed with Rohit.

He is this generation's Manmohan Desai. I genuinely mean it as he has got the package; he understands what masses want to see. When he tells me that a role has been written where he can see only Kareena in there, I know he means it because he is a no-nonsense guy who doesn't say anything for effect. I had complete faith in him as he had given me Golmaal Returns and Golmaal 3 as well. Both were successes.

Singham Returns also marks your hat-trick of successes with Ajay and Rohit.

Whether it's in India or abroad, so many directors, actors and actresses work together repeatedly; they have certain amount of bond. The relationship is there. A director has to give the artist confidence; he has to guide us through everything. In our films, Rohit is the captain of the ship. It is his vision that comes on screen and we actors have so far managed to enhance it and put it well on to the big screen. Guess this is what is resulting in repeated successes.