From Taimur Ali Khan to AbRam to Yash and Roohi, the adorable next gen of Bollywood have been making headlines ever since their birth. Karan Johar, who has been enjoying his new phase of fatherhood with his twins, have always spoken about parenting and about the sweet-bitter moments with children. Recently, when the filmmaker was snapped at the airport, he was seen teaching his little ones how to greet the paparazzi and Yash and Roohi Johar did it in the cutest way. 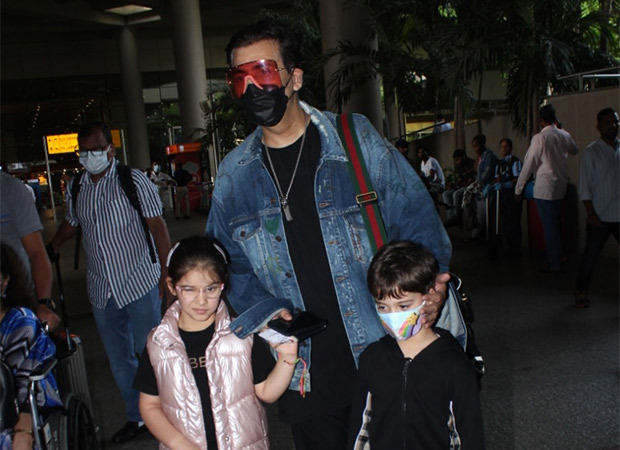 Karan Johar, who recently announced the return of Koffee With Karan Season 7, had taken off a small holiday with his children Yash and Roohi to London before getting into the grind. During his return, after landing in Mumbai, he encountered the paparazzi at the airport as he made his way to the car along with his kids. While getting clicked by the media, Karan just like a cool dad, introduced his kids to the pap-culture and even taught them to greet the paparazzi with a warm Namaste. Following their father’s instructions, his daughter Roohi greeted them in the cutest way as his son Yash was seen walking besides his sister. Here, have a look:

The filmmaker recently took off to London to meet his mentee Alia Bhatt, after she announced her pregnancy. Along with her, he also caught up with many of his friends including Kareena Kapoor Khan, bestie Manish Malhotra, Sara Ali Khan, among others who are also currently spending time in the England capital.

Karan Johar, who has had a fruitful year by far, with his productions and associations garnering great business, has also returned to direction. His next directorial will be Rocky Aur Rani Ki Prem Kahani featuring Ranveer Singh and Alia Bhatt as the lead couple.