Midlife crisis is real, but does it look like Karan Johar has any bit of it? He says he does. That doesn't stop Karan from being just as fashionable and witty as a millennial, though. On his Instagram story, he was recently seen posing with two of his favourite millenials i.e. Shanaya Kapoor and Ananya Panday. 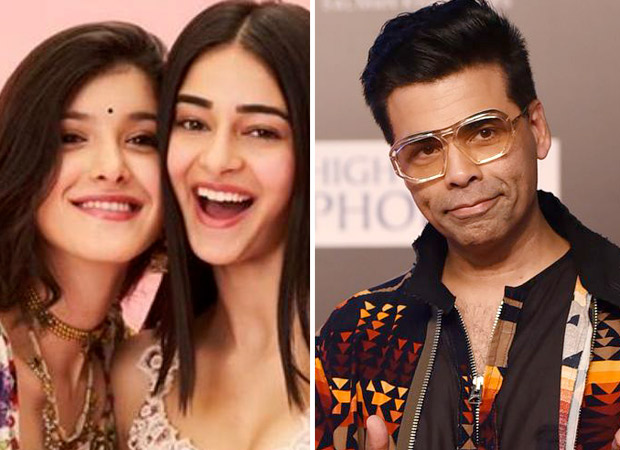 'Millenials and a midlife crisis', Karan wrote. While the two pretty millenials were seen posing in shimmery dresses, Karan was probably beating his midlife crisis in his shimmery baggy pull-over and torn trousers too! 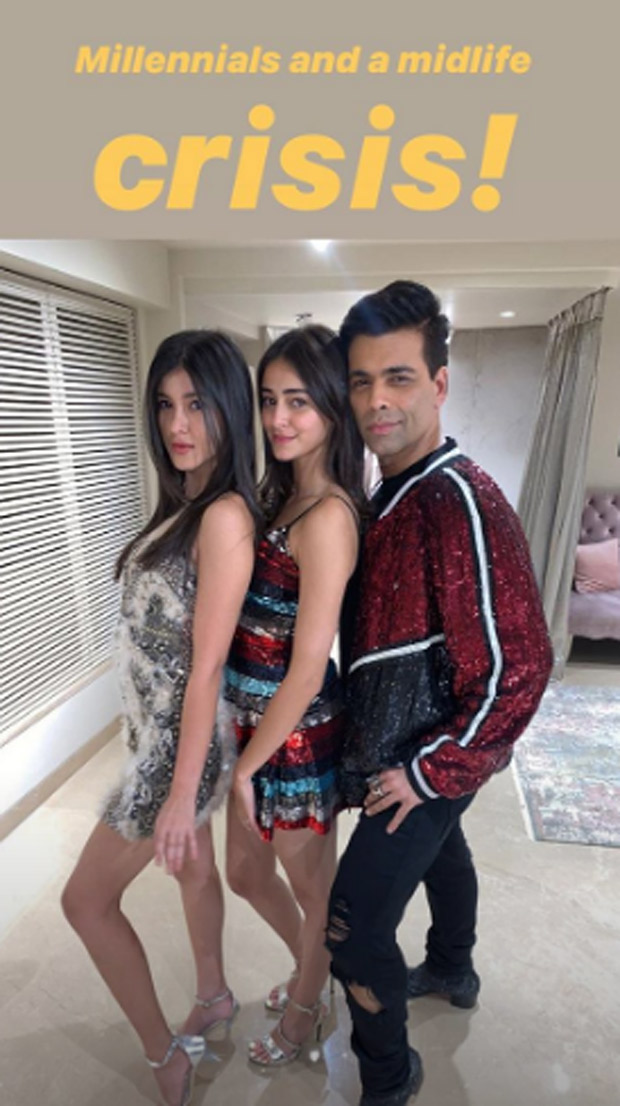 Ananya made her big Bollywood debut with KJO's Student Of The Year 2. She is now gearing up for her next release Pati Patni Aur Woh, alongside Bhumi Pednekar and Kartik Aaryan. Her BFF, Shanaya, on the other hand, is yet to step into films. Prior to kick-starting her career as an actor, she wants to understand the film space better and is now working as an assistant director in cousin Janhvi Kapoor's film Kargil Girl.

It looks like the trio was partying the night away. Wonder what was the celebration all about!