After the success of Bala, Ayushmann Khurrana began shooting for his next film, Shubh Mangal Zyada Saavdhan. The film which is a sequel to his 2017 released Shubh Mangal Saavdhan which starred Bhumi Pednekar. Now, the first schedule of the film has come to an end. 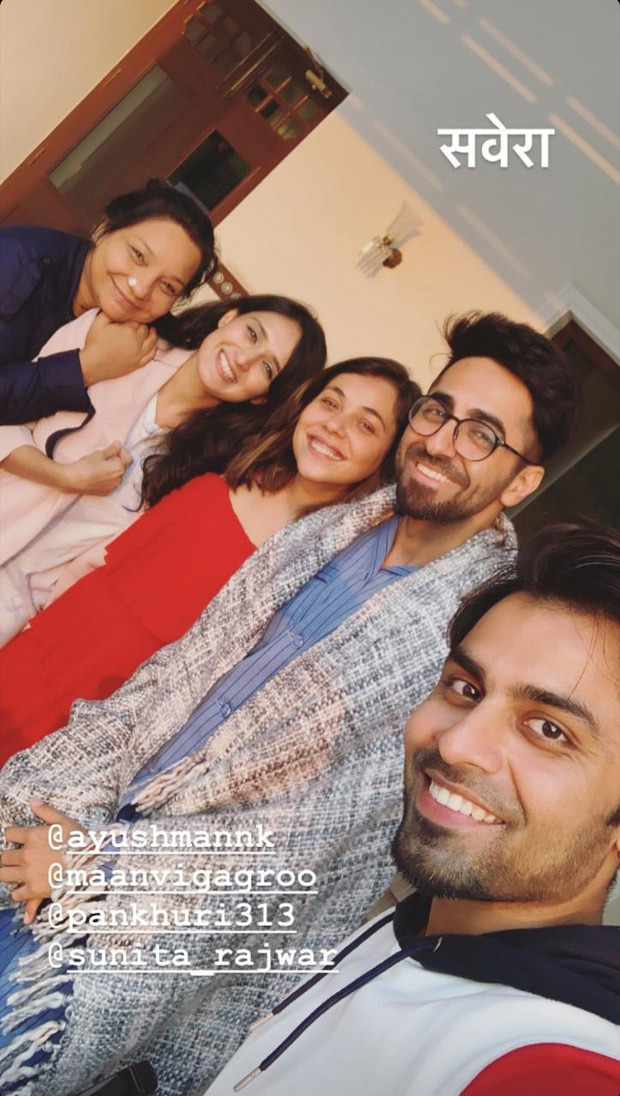 The team of the film was shooting in Banaras for over a month. Ayushmann Khurrana along with his team including Jitendra Kumar, Pankhuri Awasthy, Maanvi Gagroo, Neena Gupta among others celebrated the wrap up together. Pankhuri even shared a group shot from the party. "Banaras schedule wrap party with the #smzs team!" Pankhuri captioned the photo.

Directed by Hitesh Kewalya and jointly produced by Bhushan Kumar’s T-Series and Aanand L Rai’s Colour Yellow Productions, the film has got a new release date. Instead of the earlier March date, the film will hit the theatres on February 21.