We all know that Kapil Sharma started his new innings with the second season of his comedy show post marriage. It was a special moment for the comedian turned actor who faced many issues in the past and had to abruptly take a hiatus from the show last time. But all in all, it has been a good start for the show host and he is more than happy that The Kapil Sharma Show has completed 50 episodes. The entire team rejoiced this occasion and even cut a cake to celebrate this milestone. 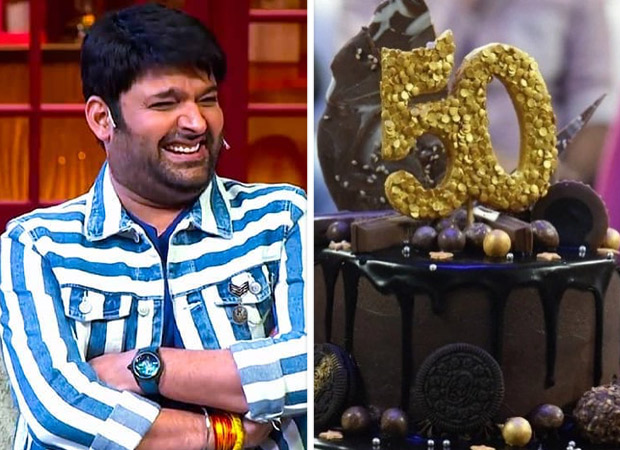 The new innings of The Kapil Sharma Show, which is produced by Salman Khan, saw many Bollywood celebrities from the superstar himself who made an appearance with his family members as well as with Katrina Kaif for Bharat to Ranveer Singh who came to promote Simmba. We hear the new innings have turned out to be quite successful for Kapil Sharma and completing 50 episodes is truly a celebratory moment for the team. Fanclubs have been sharing photos of the cake as well as the team including Archana Puran Singh and Bharti Singh cutting the cake.

Kapil Sharma married Ginni Chathrath in December after which he kicked off the new innings of the show. While Navjot Singh Sidhu was a part of the show too, he later quit the show due to a major controversy and was later replaced by Archana Puran Singh. On the personal front, the comedian –actor will soon be embracing fatherhood as the newlyweds are expected to turn parents in December.