The new season of The Kapil Sharma Show that has Salman Khan as the producer, needless to say, has been a laughter riot and it was no different when the actor came to promote his Eid release Bharat. He came alongside Katrina Kaif and the show regulars like Krushna Abhishek, Kiku Sharda and Chandan Prabhakar came forward with their funniest gags to entertain the guests on their show. Soon, we saw Salman having fun with all of them and amidst all the laughter, the superstar joked about Kapil Sharma indulging in nepotism! 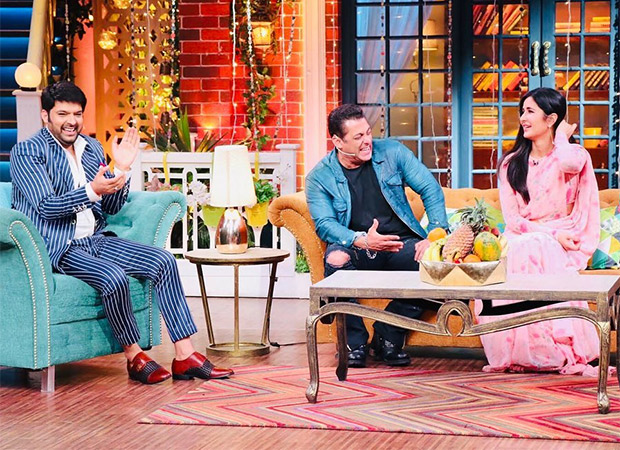 Well, the incident was when Chandan Prabhakar came to do his act. He has been integral part of The Kapil Sharma Show during both his seasons. It seems that during his act, Chandan complained to the producer Salman Khan about the mistreatment he gets during the show [jokingly, of course] to which Salman’s funny response was, that the treatment is too good. Prabhakar went on to add to the list of the complaints, wherein he revealed that he doesn’t get vanity vans like other artists.

To the same, when Khan questioned Kapil, the latter responded that last year, they had good artists but someone cast an evil eye. He called Chandan being responsible for the evil eye and that he spoils everyone’s comic timing! The comedian-host also added that the only reason why Chandan is a part of the show is because he is Kapil’s childhood friend. That’s when Salman took a slight dig at the concept of nepotism and asked Kapil if he is indulging in it during the show. Eventually we hear that Salman left Prabhakar relieved when he not only revealed to him that he was just joking about his work but also appreciated his work on the show.

Coming to Bharat, the film that also stars Katrina Kaif, Disha Patani, Jackie Shroff amongst others, is expected to release on June 5.