Vaani Kapoor is currently enjoying her friend’s bachelorette party and she has been posting a lot of pictures from the party. She took to Instagram to share a picture of herself in a breathtakingly awe-inspiring location, posing for the camera in every green lime coloured bikini which instantly took us to Kareena Kapoor Khan’s famous song, ‘Chaliya’ from Tashan where Bebo sported a similar look. 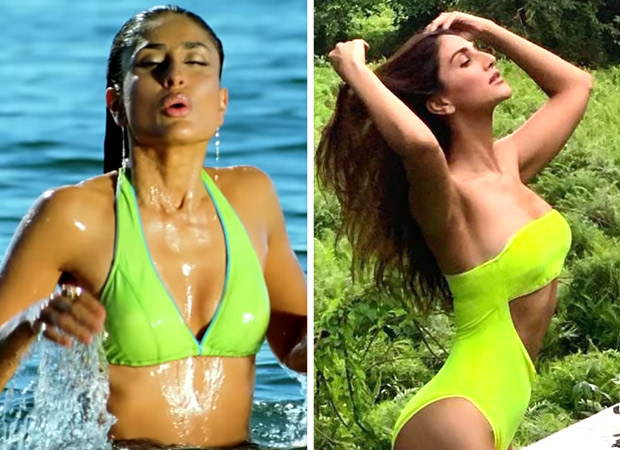 Vaani wrote a caption, “Tropical state of mind”. One sees Vaani in a total chilled out mood as she enjoys some down time. Her pictures sure are a treat for her fans and she sure is giving us major Bebo feels. Check out the pictures and you will agree with us.

On work front, she is currently busy with Shamshera which stars Ranbir Kapoor in the lead role. Her last film was Befikre with Ranveer Singh which did an average business at the box office.