Priyanka Chopra and Nick Jonas sure know how to turn on the CUTE wherever they go. They are one of the most followed celebrity couples on Instagram and have also topped all the popularity charts internationally. The current fervour amongst the social media lovers is the baby filter. Someone applied the same to Nick Jonas and Priyanka Chopra's pic and result is ultra amazing and so so so cute! The couple sure looks extremely charming even with the baby filter. 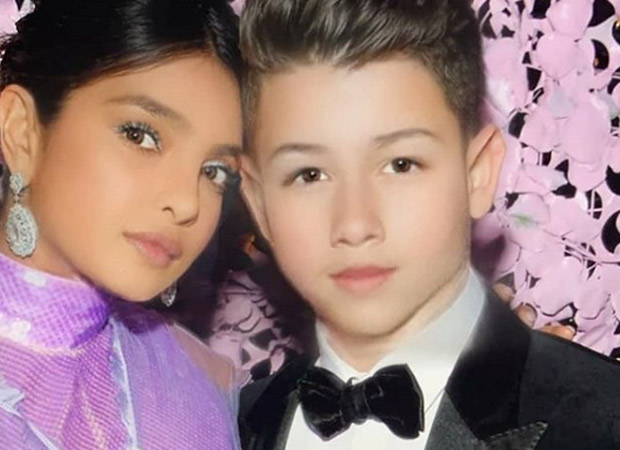 Priyanka has been in the news after she topped the list to be Americas No 1 popular icon. Her Met Gala looks with Nick Jonas got millions of likes on Instagram, making her popular. While it has been a while since she is seen in any Bollywood film, her fans will soon see her in Farhan Akhtar's The Sky Is Pink with Zaira Wasim. She is also working on a biopic based on spiritual guru Osho's secretary Ma Anand Sheela.

Priyanka was supposed to make a come back with Salman Khan's Bharat. But she chose not to do the movie because she prioritized her wedding over it. Salman has been talking a lot about it during his promotional interviews.