The highly awaited teaser of Kalank was released this afternoon and it looks magnum opus. The film an ensemble cast including Varun Dhawan, Alia Bhatt, Sonakshi Sinha, Aditya Roy Kapur, Sanjay Dutt and Madhuri Dixit. As the teaser of unveiled this afternoon, Alia got a bit emotional about her film and how this is her ninth collaboration with Karan Johar's Dharma Productions. 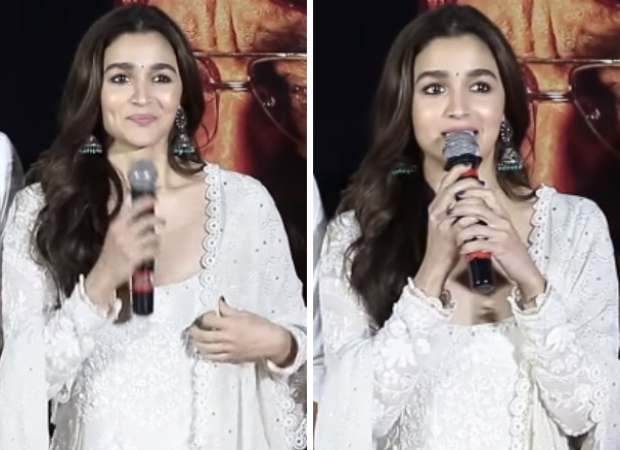 Alia Bhatt made her debut with Dharma Productions in Student Of The Year. Since then, she has given several hits with them. At the teaser launch of Kalank, Alia was a bit emotional about her journey and the upcoming period drama. “This is my 9th film with Dharma. Sharing this stage with all these wonderful actors and human beings, it is a great experience. Abhishek Varman has put in a lot of effort and seeing this teaser on screen is surreal. I am now going to stop talking because my make-up is going to get ruined (with tears),” Alia Bhatt said.

Kalank marks the fourth collaboration between Alia Bhatt and Varun Dhawan. The actors made their debut together in Student Of The Year followed by Humpty Sharma Ki Dulhania and Badrinath Ki Dulhania. They will be starring with Aditya Roy Kapur, Madhuri Dixit and Sanjay Dutt for the first time. This will mark her second collaboration with director Abhishek Varman after 2 States.

ALSO READ: Kalank Teaser Launch: “I would want to work more with her” – Sanjay Dutt on reuniting with Madhuri Dixit after 21 years