The highly awaited teaser of Kalank has been released and it looks amazing. The film stars an ensemble cast including Varun Dhawan, Alia Bhatt, Sonakshi Sinha, and Aditya Roy Kapur. It also marks the return of the iconic Khalnayak jodi Sanjay Dutt and Madhuri Dixit after 21 years on big screen. As the teaser of unveiled this afternoon, the actors spoke at length about their much-awaited reunion. 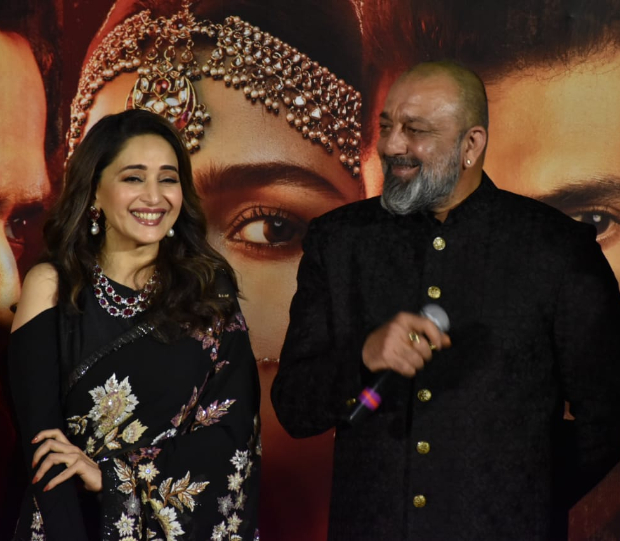 Sanjay Dutt stars as Balraj Chaudhry and Madhuri Dixit as Bahaar Begum in the film. When asked how does it feel to be reunited with his Khalnayak co-star, Sanjay Dutt said, "Bahut accha laga aur bahut samay ke baad main inke saath kaam kar raha hoon. Aur yehi koshish karunga ki aur zyada kaam karoon inke saath. (I feel happy that I got to work with her after so long. And I hope and would try to work more with her)."

Madhuri, too, is ecstatic to reunite with Sanjay Dutt. She said, "Hum 20 plus years ke baad kaam kar rahe hai saath mein. It is very wonderful to work with people who had worked with before."