It is a known fact that Sushant Singh Rajput was earlier slated to star in Romeo Akbar Walter. The photo-shoot for the film was done and the posters were out too along with the formal announcement. The film directed by Robbie Grewal was all set to roll but as luck would have it, Sushant chose to step aside due to date issues. 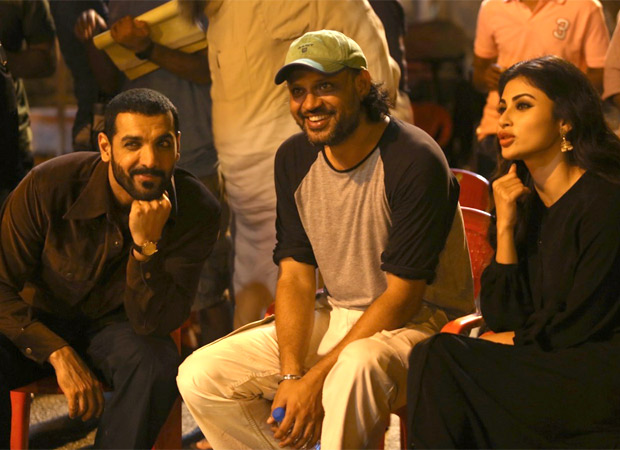 "For the makers of Romeo Akbar Walter, it was a precarious situation to be in since all plans had been firmed up for the film and the crew was on standby as well. Suddenly, there was no leading man," informs a senior crew member.

What they had though was a solid script that had already been put together, which meant that it was just a matter of time before another leading man stepped in. However, the million dollar question was that who would be the right man for the spy thriller that was set in 1971 amidst India-Pakistan tension.

"As is the saying, all is well that ends well since John Abraham stepped into the film instead," our source attached to the film says, "Here was this hero who has been around for over a decade and a half and has delivered several Box Office successes. Moreover, 2018 had been quite successful too with Parmanu - The Story of Pokhran and Satyamave Jayate turning out to be successes. Romeo Akbar Walter in fact became even bigger than before."

No wonder, the crew of the film was all the more charged as John signed on the dotted line and the shoot was completed with clockwork precision.

"Yes, and for that I must thank Sushant from the bottom of the heart. His date issues led me to John and he has played the part so well. It has been an awesome experience as no one could have done it better. The person that John is, it is a pleasure to work with him," says Robbie.

However, what really led to Sushant's exit considering the fact that all had been locked for the film's shoot.

"See, there is certain mood of the story for which we needed a particular atmosphere for the outdoor shoot. Since he didn’t have dates and we couldn't have waited for a year to bring back the same atmospheric mood, we parted ways amicably," Robbie continues.

The team was apprehensive though if John Abraham would be interested in an espionage spy kind of setting since he had been doing a flurry of action films.

"All doubts were raised to rest though after I met him and narrated the film. He was sure that he wanted to do it, we had a handshake and post that it was a matter of all logistics being churned out, it was all simple as that," smiles Robbie.

One now looks forward to how it all comes across on screen once Romeo Akbar Walter, which is produced by Viacom18 Motion Pictures, Dheeraj Wadhawan, Ajay Kapoor, Vanessa Valia and Gary Grewal, releases all over on the coming Friday.

Also Read: Here’s a glimpse of new avatar of JOHN ABRAHAM while shooting on the streets of Junagarh for Romeo Walter Akbar