Last Updated 23.09.2021 | 3:08 PM IST
feedback language
follow us on
Bollywood Hungama » News » Bollywood Features News » Jayeshbhai Jordaar actress Shalini Pandey opens up about her incredible transformation that has stunned everyone, says “I never really paid attention to what people were saying about my body type”

Shalini Pandey, who will soon be seen in her big-screen Hindi film debut in Jayeshbhai Jordaar, has wowed everyone with her physical transformation. She is looking her fittest best and her glamorous pictures on social media have stunned everyone. Shalini, who shot to fame with her performance in Arjun Reddy, confidently says that she has never felt the pressure to look a certain way for the industry. Shalini says, “I have always been confident of my physique and I never really paid attention to what people were saying about it. I loved whichever phase I was in physically and never really put pressure on myself to be a certain body type.” 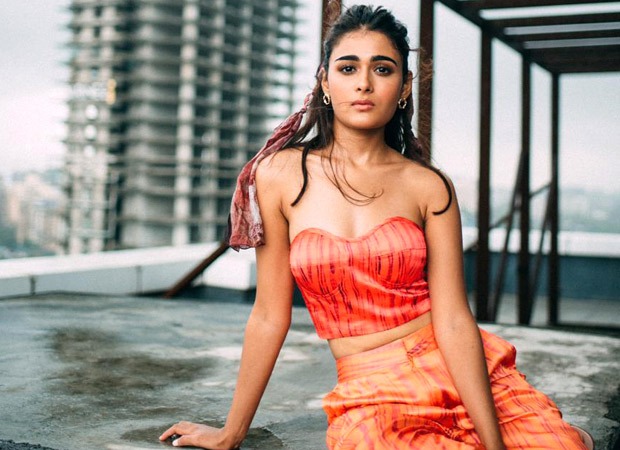 She admits that women are unnecessarily scrutinized for how they look. “I feel women are subjected to a lot of pressure to be a certain way physically and that’s not right. So, I don’t really look at this as a transformation. I look at it as a phase that has been achieved for how I needed to be seen on screen for my role. However, I’m happy about how I’m looking right now and feeling good in my head too.”

Shalini says she has been health-conscious all her life. The actress says, “I have mostly been a healthy eater almost all my life. I was always into sports and I started swimming since the 5th standard. I was into a lot of sports actually like badminton and volleyball and others. I was quite an outdoor kind of a kid. So yes, I have been a fitness freak since ever.” Shalini adds, “For this particular weight loss, I got on a meal plan, and luckily I was doing a film which required immense amount of dance rehearsals that added to my weight loss. So, there is nothing specific that I did to shed my weight but I feel the meal plan worked really well. I was dancing for around four hours daily and that’s a lot of cardio which helped me a lot.”

Shalini is supremely excited for Jayeshbhai Jordaar’s big-screen release in which she is starring opposite superstar Ranveer Singh. She says she is ‘relishing’ the excitement to see her film release in theatres and isn’t feeling the pressure of expectations. Ranveer has hailed Jayeshbhai to be a ‘miracle script’. “I’ve always looked forward to working in films and I’ve always enjoyed the process of acting and filmmaking. So, I wouldn’t say that my big screen Hindi debut is putting me under any pressure. I would actually call it excitement because I’m always euphoric and I’m definitely looking forward to the release of the film. So, I’m actually very, very, excited to see how people will receive the film and my performance. I have really worked hard for it,” she says.

As an artist, Shalini is comfortable to always alter her body type to enhance her on-screen performances. She says, “I’m an actor who invests a lot of energy and passion into every project that I pick. I want my performances to speak for itself and I would push myself into doing anything to deliver a performance that will hopefully be noticed and talked about. I have no issues with altering my body type if the script and my director wants me to look a certain way on screen.”

Shalini adds, “There can be immense hormonal changes while transforming your body because, you know, you are putting your body under a lot of pressure when you are adding or shedding weight. However, I’d still go for it if the script demands it because if my character is required to be looking a certain way then why not. It will only help me deliver the most authentic performance on screen.”