Last Updated 28.11.2021 | 5:42 PM IST
feedback language
follow us on
Bollywood Hungama » News » Bollywood Features News » Janhvi Kapoor shares goofy BTS videos from her shoots; says she is easier to work with than what it seems

Janhvi Kapoor is quite active on social media and often shares stunning pictures of herself from her shoots. Balancing out her starry life, she also gives her fans a glimpse into her goofy side. 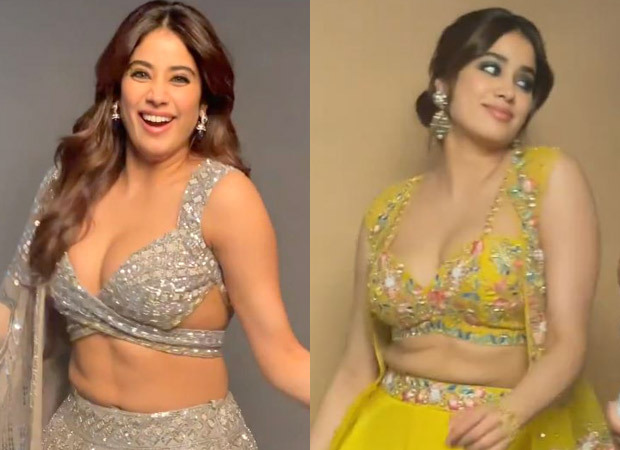 On Friday evening, Janhvi took to her social media handle to share a couple of videos and photos that capture her goofy side. In the first video, Janhvi is seen dressed in a gorgeous shimmery lehenga and striking some poses for the camera when all of a sudden she breaks into a happy dance. In another video, she is seen in a yellow Indian attire dancing during a photoshoot. All the while her makeup artist tries to fix her makeup.

Janhvi also shared a mirror video where she is seen getting her make-up and hair done. Her makeup artist asks her if she wants her to stop her makeup, to which Janhvi says, "It’s fine". She also posts two pictures of her on a laptop screen striking cute poses.

Sharing the video and pictures, Janhvi wrote, "I’m easier to work with than it seems I promise ".

Meanwhile, on the work front, Janhvi recently shot for a special episode for Ranveer Singh's The Big Picture. She was accompanied by actor Sara Ali Khan on the show. Janhvi will next be seen in the film Dostana 2, the shoot for which hit a roadblock after Kartik Aaryan exited the project. The makers are yet to announce a new male lead. Janhvi will also be seen in Good Luck Jerry, which she wrapped up recently. She is also working on the Hindi remake of the Malayalam film Helen.

ALSO READ: Janhvi Kapoor captivates with her million dollar smile as she dons a sparkly dress for The Big Picture