Yash Raj Films’ Bunty Aur Babli 2, which is set to release worldwide on November 19, 2021, is a rib-tickling comedy that will pit two sets of con artists, from different generations, against each other as they try to prove who is the better con couple. The makers have set up this rivalry through a super innovative hilarious teaser video that DOESN’T have ANY film footage. In the video, these two pairs of con artists mercilessly troll each other. 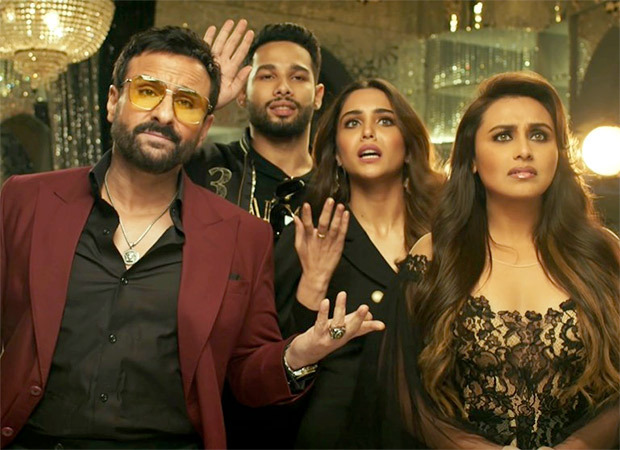 As soon as the teaser dropped today, it became viral as people gushed about how brilliantly and intelligently this teaser captured the rivalry between two con-couples. Some even tweeted saying ‘Whoever wrote this deserves a raise!’. Well, we can now reveal that the brain behind this outstanding teaser of the film is none other than Aditya Chopra.

Rani Mukerji has let the cat out of the bag. She reveals, “It was actually Adi’s idea to set up Bunty Aur Babli 2 as a hilarious war of supremacy between two pairs of con artists with a teaser that won’t have any film footage. He conceptualised it and wrote it. He wanted us to troll each other. It’s amazing to see the reaction to the teaser because we had so much fun shooting it".

The teaser video has also revealed that the trailer of Bunty Aur Babli 2 will be out on Monday, 25th October. In the film, Saif Ali Khan plays the OG Bunty aka Rakesh. Rani Mukerji, who reprises the role of Vimmy aka Babli in this completely rebooted franchise film. Gully Boy, heartthrob Siddhant Chaturvedi is playing the New Bunty, with gorgeous debutant Sharvari playing the New Babli.

Bunty Aur Babli 2 has been directed by Varun V. Sharma, who has worked as an Assistant Director in YRF’s biggest blockbusters Sultan and Tiger Zinda Hai.