Janhvi Kapoor is back from her girls trip to Mussoorie and is back to completing her work commitments. Ever since Janhvi Kapoor made her debut with Dhadak and even before that, she has always been in the headlines. Janhvi created a place for herself in the industry with her versatility. 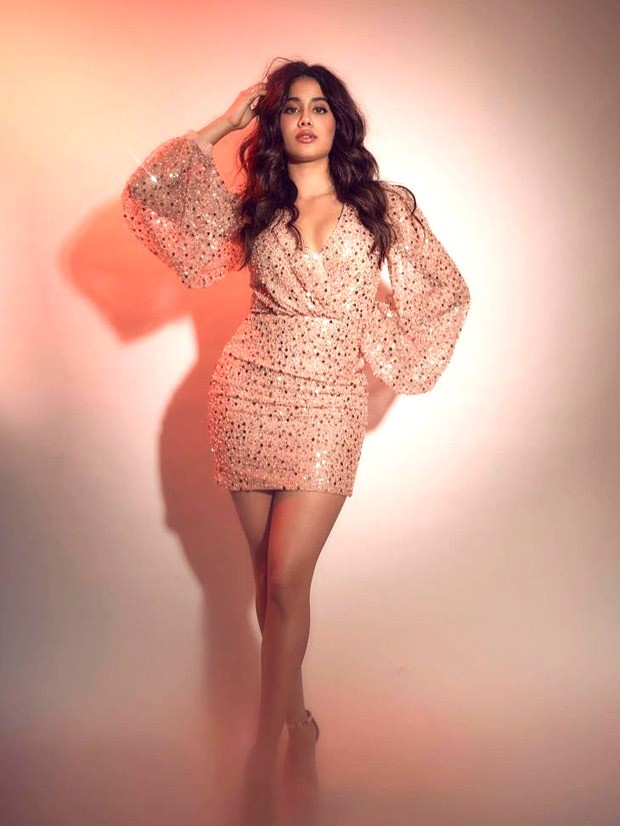 On Wednesday, Janhvi Kapoor stepped out for the shoot of Ranveer Singh's TV show The Big Picture with contemporary Sara Ali Khan. 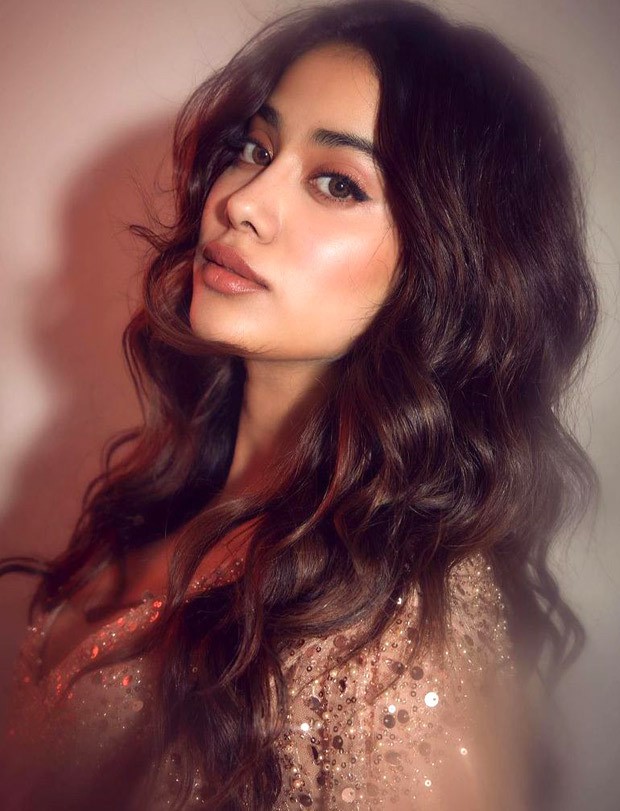 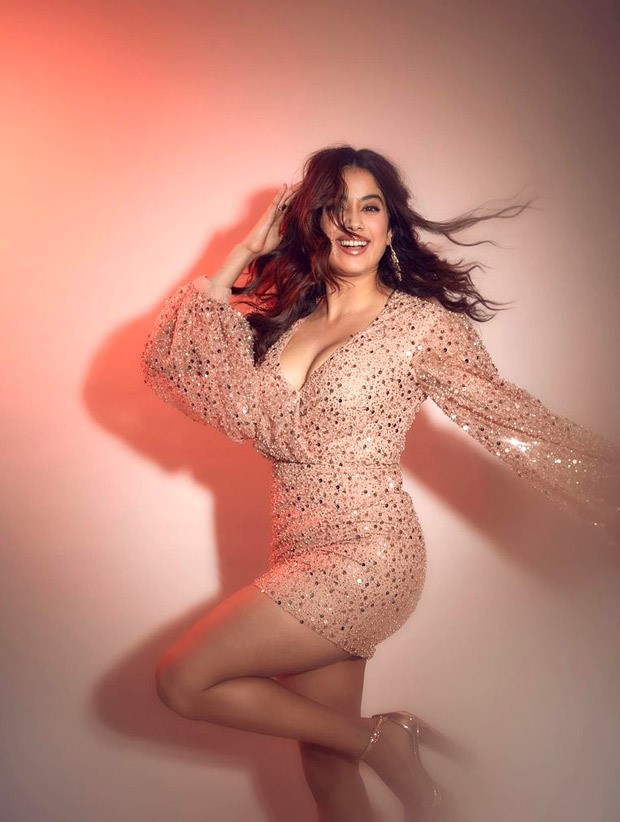 Janhvi amazed in a skin tight nude dress with silver and gold embellishments. Janhvi's dress featured a massive plunge with a ruched effect and a cinch at the waist. The dress featured heavy sequin balloon sleeves. Janhvi dazzled with her radiant smile as her makeup was bronzed with a shimmery undertone. Her lips were glossy with soft smokey eyes, lined lids and mascara laden lashes. Her hair was krimped in tight waves. Janhvi captivated with her radiant smile and charm. She kept the styling classic with metallic peep toe rose gold heels!

Janhvi was last seen in Gunjan Saxena where she played the titular rule. After which she was seen in Roohi where she played the character of a ghost. Meanwhile, Janhvi has been juggling work commitments- she completed Good Luck Jerry. It is an adaptation of the Tamil film Kolamaavu Kokila' starring South star Nayanthara.Besides this, Janhvi also has Dostana 2 in her kitty.