Alia Bhatt recently celebrated 9 years of the release of Student of the Year on 19th October with mentor and director Karan Johar and co-stars Varun Dhawan and Sidharth Malhotra who joined them virtually. Alia Bhatt has evolved as an actress over the years and ever since her debut in the Karan Johar directorial. She has proved her worth as a performer with her versatility and strong performances. 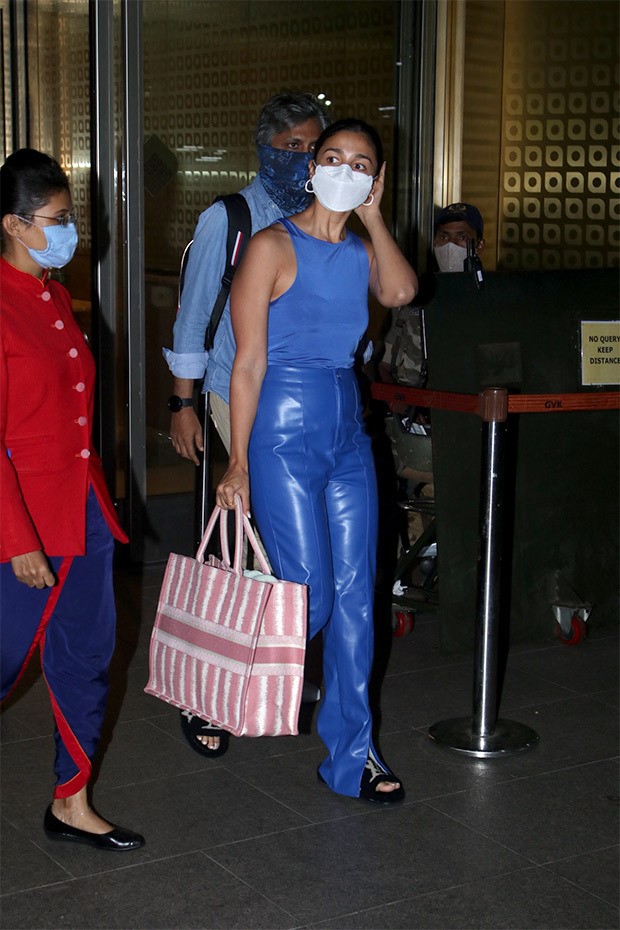 Alia Bhatt makes frequent appearances at the airport. She was last spotted with mom Soni Razdan returning from London where reportedly Alia owns a crib in a Convent Garden. Alia was spotted at the airport once again and she made it all blue with her outfit. She donned a blue tank top with blue latex pants. She completed her look with a Pink D-Stripes Christian Dior Book Tote costing $3250 which converts to a whopping Rs. 2,43,100. She kept her face fuss free with no makeup, a low pony tail, simple gold hoops and fuzzy Louis Vuitton Pool Pillow Comfort Mules costing $2050 which roughly converts to Rs. 1,53,340. 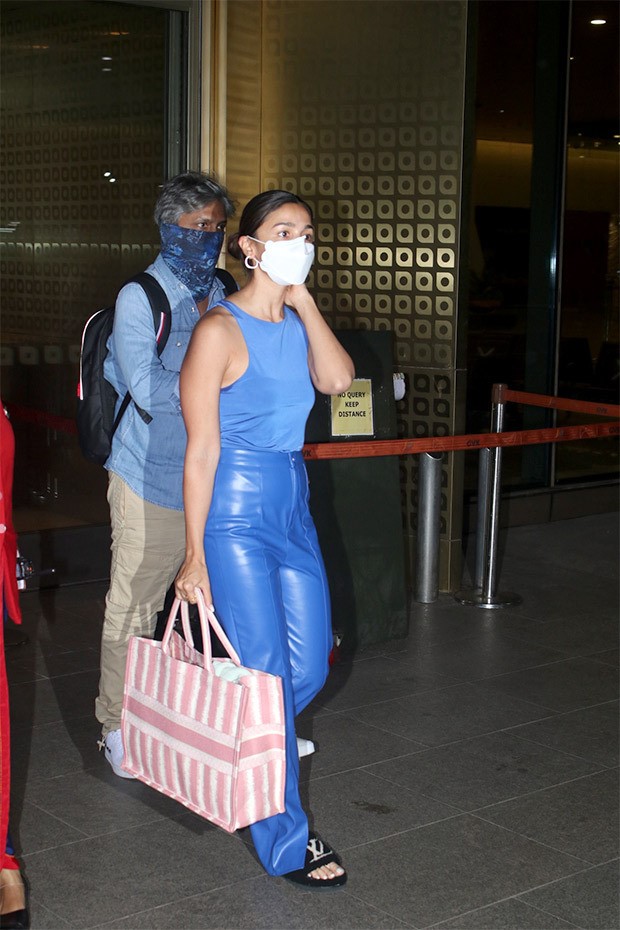 She finished work on Sanjay Leela Bhansali's Gangubai Kathiawadi- based on Husain Zaidi's popular book 'Mafia Queens'. She has her multi starrer big released lined up next, directed by her close pal Ayaan Mukherjee, starring her beau Ranbir Kapoor, Big B and Mouni Roy in pivotal roles. She will also be seen in Darlings and Rocky Aur Rani Ki Prem Kahani. 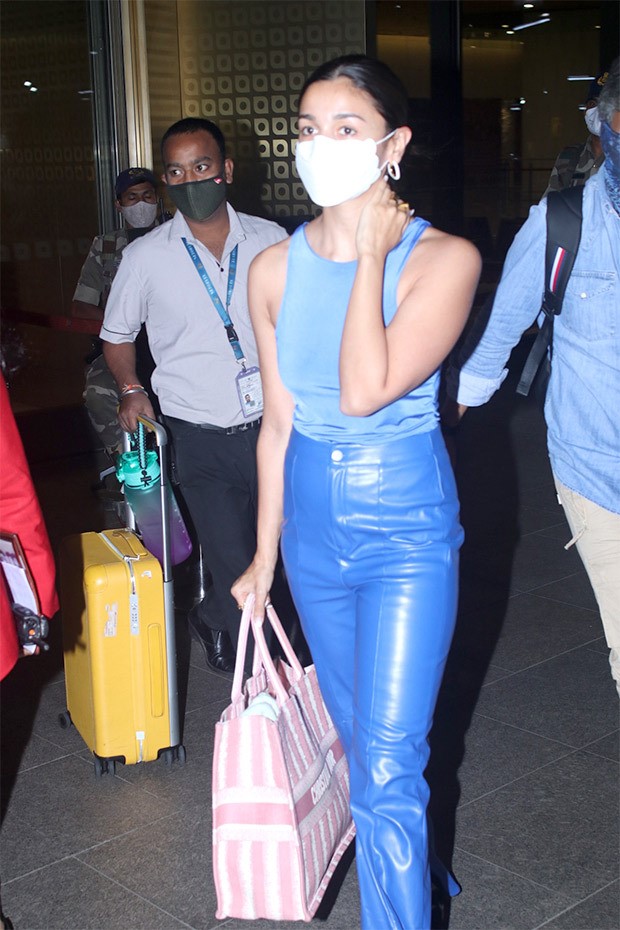 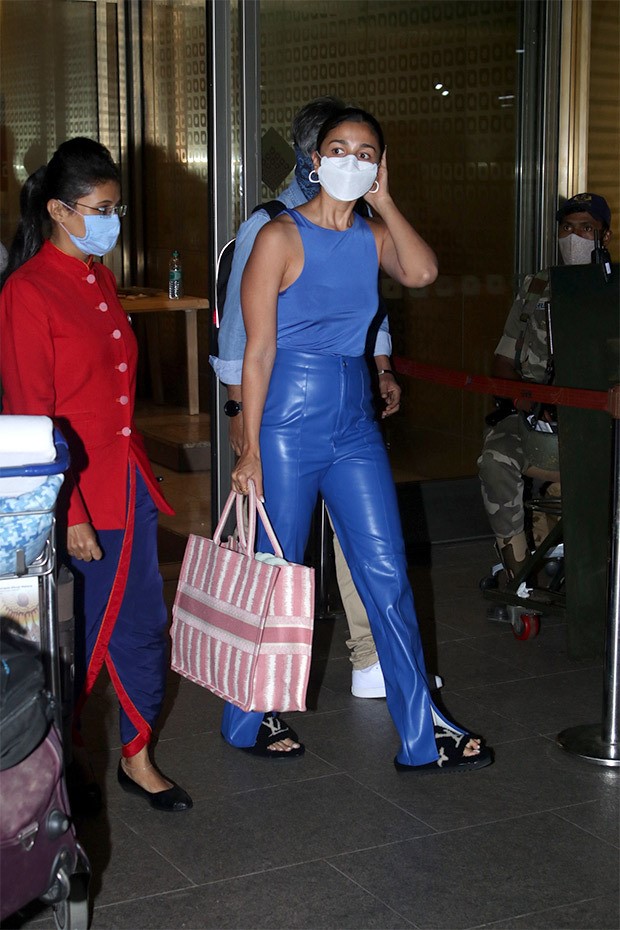 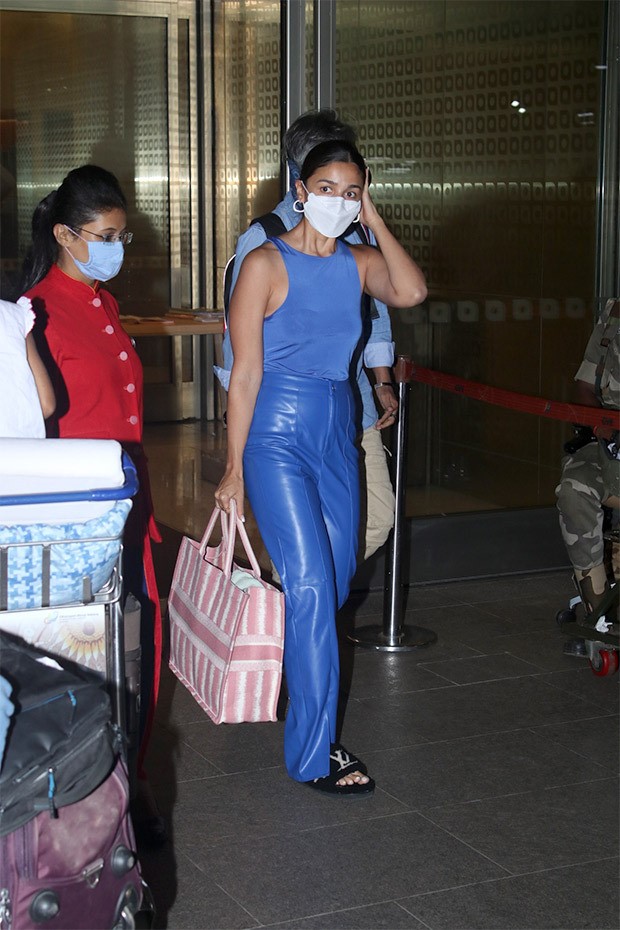