The year 2018 will see the debut of Sridevi and Boney Kapoor’s eldest daughter Janhvi Kapoor in Karan Johar's production, Dhadak. The upcoming actress will make her debut opposite Shahid Kapoor's brother Ishaan Khatter. The filming has been wrapped up as the newbies gear up for their film which releases next month. Janhvi Kapoor maybe new to the film industry but she is not new to the limelight. 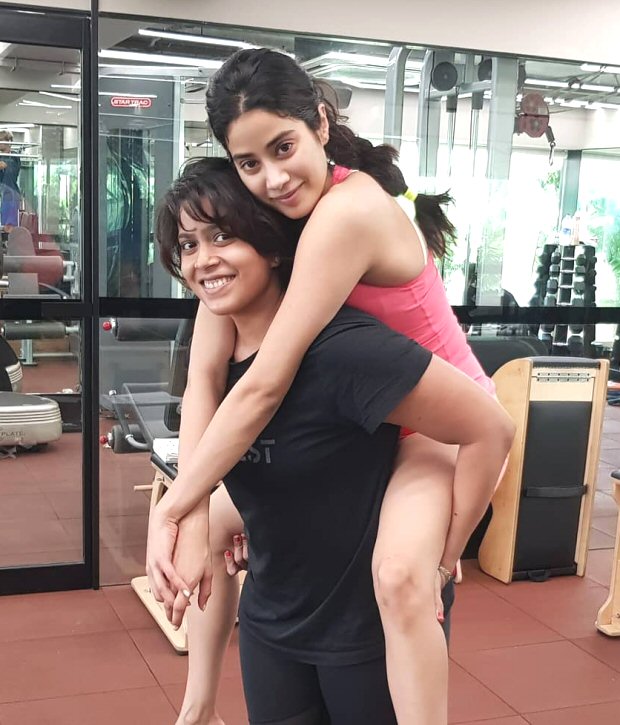 Janvhi Kapoor trains under celebrity trainer Yasmin Karachiwala's trainers. She is often snapped post her gym sessions by the shutterbugs. She is even sometimes seen in Katrina Kaif’s gym videos as the latter trains under Yasmin as well. Just recently, we came across a picture of her getting a piggyback ride from her gym trainer Nishreen. She is dressed in pink athleisure wear as she posed for the camera.

Janhvi Kapoor has been in the paparazzi limelight and is often seen in Mumbai either after her dance class or gym session. There is no mystery about Janhvi Kapoor’s love for dance and fitness. She is often snapped by paparazzi post her gym sessions. While she gives importance to her fitness and health, she also tries to make her workout sessions more fun.

Directed by Shashank Khaitan and co-produced by Zee Studios and Dharma Productions, Dhadak is set to release on July 20, 2018.