Shah Rukh Khan showed his fan-love for Rajinikanth by dedicating a song to the Thalaiva in Chennai Express. Now, it is Mr. Perfectionist Aamir Khan who decided to showcase his love for the South megastar on social media. And what made him confess about it now? It is the trailer of Kaala, the film which hit the theatres this week. 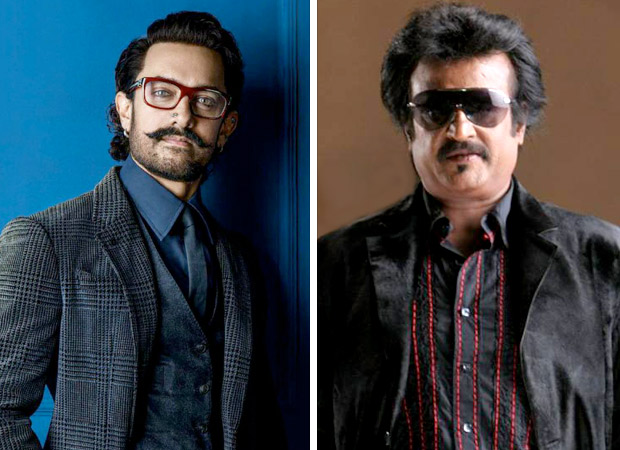 Produced by his son-in-law Dhanush, Kaala managed to release much to the happiness of Rajinikanth fans, a day ago. Despite controversies lurking around, fans have rejoiced the arrival of their megastar in his gangster avatar. Kaala, that has been receiving appreciation from many quarters, also found its fan following amidst Bollywood celebrities. Sharing the trailer of Kaala, Aamir Khan showcased his support and posted about his fan moment on Twitter. Here’s what he posted:

Have always been a huge Rajni fan, can’t wait to watch Kaala.https://t.co/JgxBA8UcTa

The post garnered immense appreciation from fans and was retweeted several times by Twitterati. On the other hand, it was quite surprising to see Aamir Khan speak about his fandom for the South megastar, since the Bollywood superstar rarely makes such confessions on social media platforms.

Speaking about Kaala, the film also features many Bollywood celebrities like Huma Qureshi who plays the leading lady and Nana Patekar who essays the character of antagonist. The film is directed by Kabali filmmaker, Pa Ranjith.

On the other hand, talking about the forthcoming projects of Aamir Khan, fans have been eagerly awaiting the release of Thugs Of Hindostan. Featuring Amitabh Bachchan in a prominent role, the period drama also stars Katrina Kaif and Fatima Sana Shaikh.

Besides this, Aamir Khan has also revealed in earlier reports that he will be working on his most ambitious project Mahabharata. The film, which is a retelling of the Hindu epic novel by the same name, is expected to be one of the grandest projects in Bollywood.