Arjun Kapoor, who was busy performing and enjoying the 19th edition of IIFA Awards 2018 in Bangkok, returned earlier this week to celebrate his 33rd birthday with family. Arjun’s sisters, Janhvi Kapoor, Khushi Kapoor, and dad Boney Kapoor arrived at his residence to celebrate the birthday at midnight. A couple of Arjun’s close friends and family members came for an intimate dinner party. Varun Dhawan, his girlfriend Natasha Dalal, Sikander Kher, Arjun’s cousins Mohit Marwah and Harshavardhan Kapoor were present at the party. His cousins Sonam Kapoor, Rhea Kapoor and brother-in-law Anand Ahuja also shared lovely messages for Arjun. But, it was Arjun's grandmother Nirmal Kapoor who pretty much won the gift game. 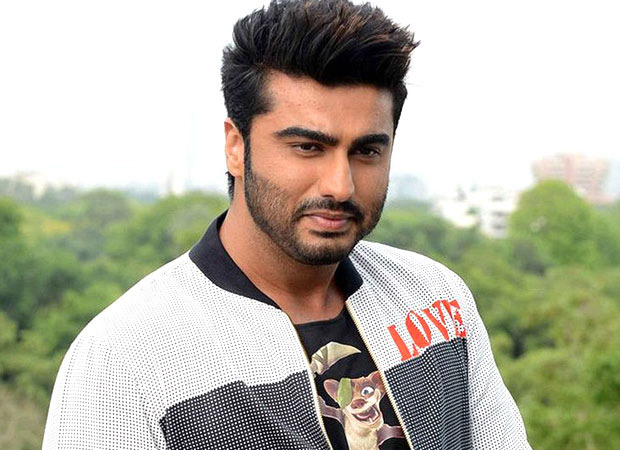 Arjun Kapoor shared a note on his social media from his grandmother Nirmal Kapoor which he found lovely and a threat as well. He wrote, “When your Dadi’s gift is a threat & request along with a bribe & a command, all rolled into one !!! #NirmalKapoor #bossgrandma.” The note reads, “To Arjun Kapoor, with love Dadi..'Jaldi Shaadi Karo'." 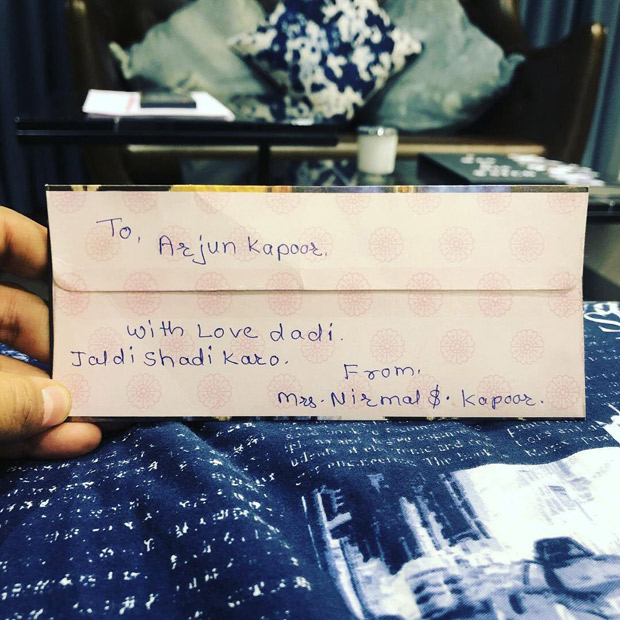 On the work front, Arjun Kapoor will be seen in Namaste England with Parineeti Chopra. The film is set for Dussehra 2018 release. He will be seen in back to back films – Sandeep Aur Pinky Faraar which also stars Parineeti opposite him. It is helmed by Dibakar Banerjee and is slated for March 2019 release. He will begin shooting for Rajkumar Gupta’s India’s Most Wanted soon and Ashutosh Gowarikar’s Panipat in November.

Also Read: Arjun Kapoor has a feeling that his sister Janhvi Kapoor’s debut film Dhadak will become a HIT