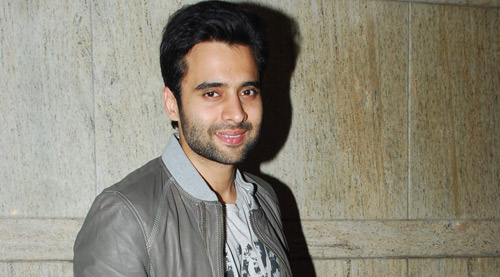 The promo of Welcome 2 Karachi has sprung a pleasant surprise. In the times when even a semi-decent film is hard to come by and majority of releases are flopping left, right and center, it is the camaraderie between Arshad Warsi and Jackky Bhagnani coupled with some funny one liners as well as anecdotal humor quotient in this Ashish Mohan directed film which has managed to fetch good attention.

For producer Vashu Bhagnani, this is good news indeed as he along with the team of Welcome 2 Karachi spent quite some effort in ensuring that the promo gave the right buzz and feel en route its release. Moreover, Jackky literally came in as a last minute replacement when Irrfan Khan backed out.

"The film has shaped up so well, it is almost like a next Munnabhai type franchise in the making. The combo of Jackky and Arshad, their timing and language, the film's look and music - it has all come out really well; it is more than just excellent. Also, Welcome 2 Karachi is 100% character based movie. If anyone would have done the film in a right manner then it would have worked. The way Jackky imbibed the script in four days flat was tremendous. He fully got himself into the character which is amazing as even Irrfan was a little scared and had said that he needed more time to grasp the character," says Vashu Bhagnani

Guess it has turned out to be a blessing in disguise since the film is no looking much younger and vibrant?

"Well, I have always maintained that filmmaking naseeb ka khel hai. Kaun kaise karta hai aur sab kuch kaise ban jaata hai, you never know. When things have to fall in place, they too. In case of Welcome 2 Karachi, they have gone beyond expectations," adds the veteran producer.

While Jackky could well be the surprise element in the film, he also has Arshad Warsi on his side, who is a natural when it comes to comedy. Did that too help in building the camaraderie on screen?

"Arshad factor is certainly important because he is definitely a genuinely comic guy," agrees Vashu, "He is born in that way; he has done Golmaal and Munnabhai series quite successfully. On the other hand Jackky has done this kind of character for the first time. His comic sense is terrific here and something that audience has acknowledged too. When you get such performances work in tandem with each other on screen, audience is bound to have a good time."

We hope so as well once the film hits the screens later this month.