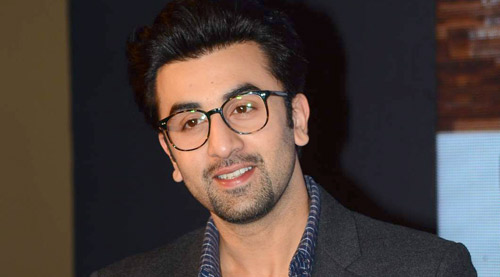 "Jagga Jasoos is releasing this year," said Ranbir Kapoor in a Bollywood Hungama exclusive video interview with Faridoon Shahryar recently. "There are a lot of conjectures. I have finished Imtiaz Ali's Tamasha. I have completed the entire movie. I still have 40% of Jagga Jasoos. We will get to know in a month's time that either Jagga Jasoos or Tamasha will release in November this year," Ranbir added. "Bro, we will watch both Tamasha and Jagga Jasoos together," Anushka Sharma stepped in. "Cheers bro," Ranbir said with a smile.


Ranbir Kapoor and Anushka Sharma are part of Karan Johar's next directorial venture Ae Dil Hai Mushkil also starring Aishwarya Rai Bachchan. Anushka Sharma excitedly talks about the film by saying, "I am looking forward to Ae Dil Hai Ki Mushkil a lot. I have worked with Ranbir but I haven't worked with Karan as a Director. But we share a lot of comfort level. I have a great time working with Ranbir. It is a more urban love story and I'd love to explore that space with Ranbir. He and I work very well as actors." Ranbir added by saying, "Ae Dil Hai Mushkil will be damn good fun."


Kapoor had stated during a chat with media in Sri Lanka last year that he was "surprised" by the acting prowess of Karan Johar. Now he calls him, "one of the finest actors" that he has worked with. "Karan knows people, life, films, he knows everything. He's extremely intelligent, extremely receptive to life and anyone who is like that would be a great artiste," Ranbir said. Ae Dil Hai Mushkil will wrap up by December 2015. Ranbir and Alia Bhatt will start work on Ayan Mukherji's film in February 2016.