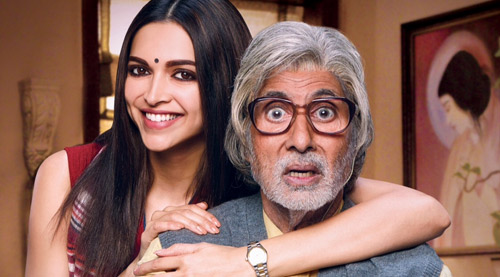 Recession has hit Bollywood in a big way. Serious cost-cutting measures are being considered and implemented to minimize the losses incurred by the flops. Keeping in mind the rapidly falling profits several production houses have decided to cut down on the budget for marketing and promotion.

Paid space in newspapers for production-sponsored interviews are the first casualty of the new corner-cutting rules.

Now we hear many production houses have decided to do away with the ritual of taking stars on extensive city tours. Apparently, the money-conscious Bhatts Mahesh and Mukesh Bhatt were among the first to bell the cat this year, cutting down on promotional tours drastically for their films Khamoshiyan and Mr. X. Now for Piku, Sony Films has also decided to drastically do away with city tours.

Commenting on this welcome move to economize the spiraling budgets for film, Mumbai film exhibitor Anil Thadani says, "Rigorous city tours to promote films is a monotonous exercise. Producers need to think out of the box to promote their films."

Like many experts in the film trade, Anil Thadani feels the first look of the film seals its fate. "A good trailer and the correct vibes given by the trailer are enough for audiences to decide if they want to watch a film or not."

Adds box-office analyst Atul Mohan, "City tours are good PR for stars at the producers' expense Der aaye durust aaye. I don't recall a single film which benefited from this type of publicity. City tours only add to the marketing expenses and take up the stars' valuable time. When stars visit a city to promote a film, fans discuss the stars, not the film. Marketing cannot be that one glove which fits all hands. Every film has its own requirements."