Veteran actor Randhir Kapoor has turned a year older and kick-started the day with celebrations. The family got together to ring in his birthday with a family dinner.  Kareena Kapoor Khan, Karisma Kapoor, Saif Ali Khan and other members of Kapoor and Jain family came together to celebrate the day. 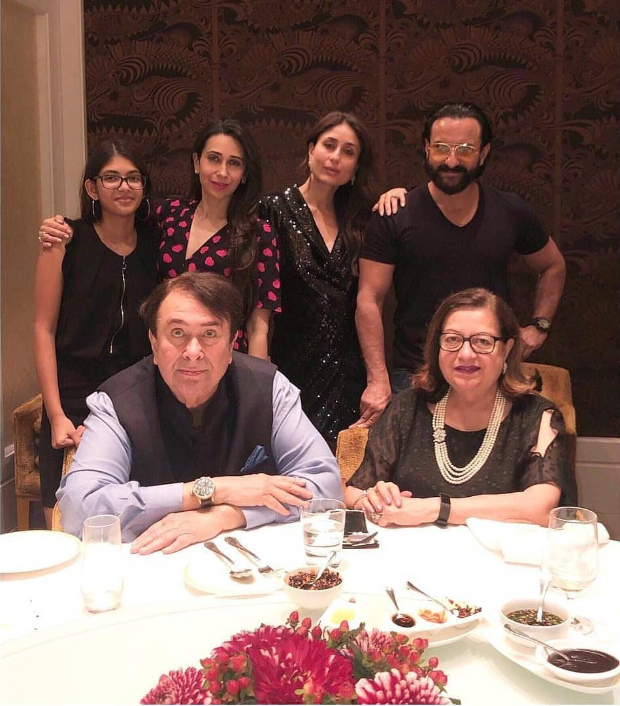 Karisma shared some pictures from the party and it seems like the family had a gala time. However, it seems like it was post bedtime for Taimur as he wasnt in the pictures. Along with the Kapoors, Armaan Jain, Aadar Jain, Babita Kapoor, Karisma's daughter Sameira were in attendance among others. Karisma captioned the family portrait as, "Happy birthday papa ! We love you ❤️❤️❤️ #familylove #birthday #celebration." Saif Ali Khan looked dapper in a black whereas Kareena sparkled in little black dress. 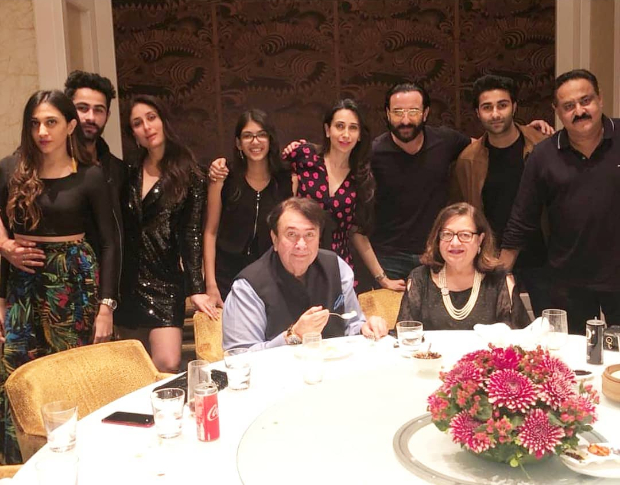 On the professional front, Kareena Kapoor Khan was last seen in Veere Di Wedding that went on to rake big moolah at the box office. She will be next seen in two Dharma Productions films, Good News with Akshay Kumar, Diljit Dosanjh and Kiara Advani. She is also set to star in a period drama Takht which will include an ensemble cast of Ranveer Singh, Alia Bhatt, Vicky Kaushal, Bhumi Pednekar, Anil Kapoor and Janhvi Kapoor. 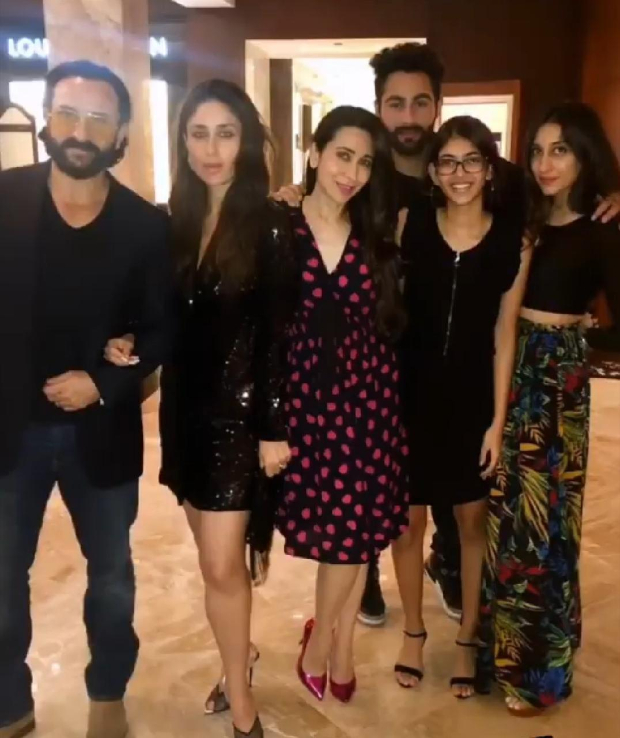 ALSO READ: Saif Ali Khan and Kareena Kapoor Khan indulge in some cute banter on radio and the hubby has the ‘cheekiest’ question for his wifey