A boy from the chawl craves to make a name as a rapper. But his tyrannical father wants him to get a safe-income job. The older man feels the poor have no right to dream beyond their means. BFTC (boy from the chawls) follows his dreams. And… 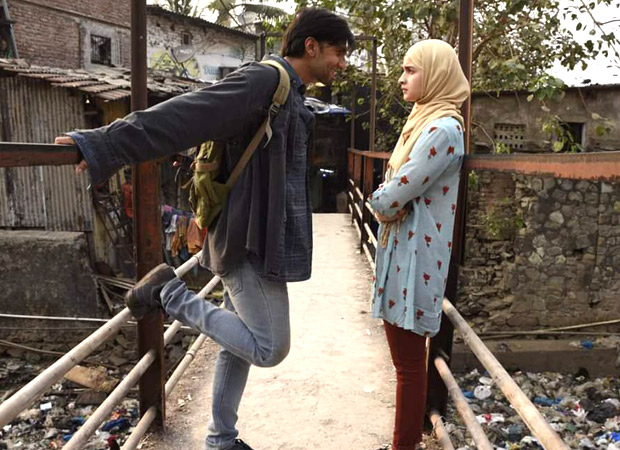 We all know the rest, right?

Not quite. In the magical hands of Zoya Akhtar, the familiar tale acquires a texture and tone all of its own.  Tone bole toh…the music and the songs of this subtle and rich film abide absolutely and unconditionally with the hip-hop aspirations of its hero.

Gully Boy moves in mysterious ways. Tracking down Murad’s dreams to fruition, Zoya Akhtar doesn’t miss a single heartbeat. She gathers the sounds, sights and smells into a warm embrace that expresses a cross between warm acceptance and uncomplaining despair.  Embodying this undefeated spirit of Mumbai is Murad, Zoya Akhtar’s hero in a film that has many heroes.

It is a common cliché to exclaim after every film that is set in Mumbai that it captures the city like never before. But Gully Boy actually does it like never before. The crowded chawls where, as a touristic film crew that comes visiting the slum, marvels, every inch of space available in the rooms is used by its inhabitants.

Zoya does the same. She doesn’t allow even moment of her generous playing time to be frittered in frivolity. Not that the film is devoid of fun and laughter.

Tightly squeezing into the kerchief-sized rooms of the slum Murad simply wants to fly. His face lights up each time he meets the love of his life Safeena. Alia Bhatt with her head veiled and smile unveiled plays Safeena with an impish charm that brings sunshine into not just Murad’s heart. We too wonder what life would be like without her kindered presence.

That brings me to Ranveer Singh’s rapper’s role with a dream that won’t be cut down to size. The actor disappears into his character in every conceivable sense. When he speaks he’s a hesitant chawl ka chokra trying to grope his way through the dark alleys of his unfathomable dreams. When he is with his ill-treated mother (Amruta Subhash, with a face that launches a thousand slips), he is that devoted son who just wants to kill his brutally self-serving father (Vijay Raaz an actor who can never get it wrong).

Ah, but when he is with Safeena, Murad is like a deserter drinking water. Propitiously, Murad and Safeena don’t sing a romantic duet. The focus is on hip-hop and rap. The duets can go take a hike. Shankar Mahadevan’s feral sounds jump out of the screen to grab us whenever Murad and mentor-friend Sher (Siddharth Chaturdevi, a natural-born scene-stealer) jam together. 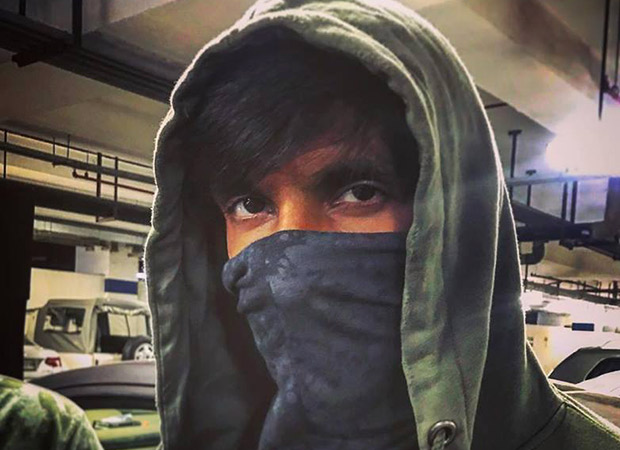 Yes, this is Mumbai like never before. The city is shot exquisitely by Jay Oza with minimal embellishment and maximum picture-postcard purity.  If the camera never lies, Zoya’s universe of bridled despair is buying that.

In the second-half, some of the scenes seem under-written.  How did Murad allow the fey Sky (Kalki Koechlin, charming) to get so close to him when he has known from age 13 that he can marry only one girl. And that is Safeena. Alia and Ranveer’s relationship contextualizes the drama to a point of enlightened lucidity. We can’t miss the sheer force of the love that these two fighting spirits feel for one another.

This is why I found their temporary separation in the second-half to strenuously designed for drama. Arrey yaar, we all know Murad can’t look at anyone else. Safeena makes sure of that. Kalki makes the mistake of doing much more than looking. She ends up with a broken bottle on her head. If Safeena wasn’t in love she’d be psychotic.

The certainty that Zoya Akhtar imbues in almost every frame comes from self-awareness that eschews overstatement. The only big-time mainstream filmmaker I know who doesn’t take the audiences’ intelligence for granted. The scenes are never over-explained and hence never over-written.

Zoya and Reema Kagti ’s writing surrenders to Mumbai’s city ’s class differences with a sigh that never grows into a groan. The drama is distilled in faith and an understanding of the power structure that makes the city so throbbing and vibrant. While Ranveer Singh’s performance anchors the narrative’s implosive energy the sound design and the songs are used to hero’s losing battle with conformity.

Gully Boy pulsates with the music of anxious yearnings. Sometimes, we have strain to hear of distant anxiety. There is a sequence where Ranveer’s Murad plays chauffeur to an upper-class girl sobbing in the backseat. Murad remains sullen and silent on the wheel. But his voice comes alive in the background to create a song on class distinction of the car.

By the time this masterly study of self-discovery comes to a screeching halt, the film’s vilest character, Murad’s father has found his lost humanism. No, it isn’t too late for him to make up for lost time. Gully Boy tells us it is never too late to find one’s bearings in life. The time to follow our dreams is now. Because as Zoya Akhtar has already warned us earlier, Zindagi Na Milegi Dobara.